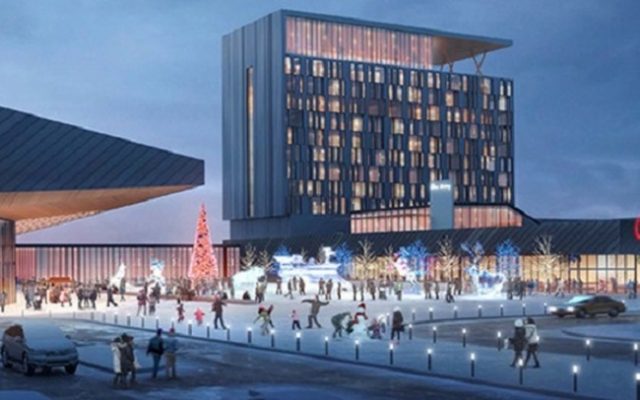 What was once the making of a dream come true for many living in the Greater Sudbury area is threatening to turn into a financial nightmare. Kingsway Entertainment District (KED) is both proof of what is possible when a city joins hands with a major operator, but it’s also a study of how one or two rotten apples are able to spoil an entire basket of fruit. Once complete, KED will offer to local residents and surrounding communities a prime entertainment destination, not to mention various new job opportunities and regular contributions to the city’s coffers.

The entertainment venue; which is being funded in part by Gateway Casinos and Entertainment and in part by the city (i.e. tax payers) was supposed to have been completed by halfway through 2019, but completion may now be delayed by as far into the future as 2022 as a result of various groups and individuals having taken issue with the development and for a variety of reasons.

Various appeals lodged with the Local Planning Appeal Tribunal (LPAT) by the likes of anti-casino advocate Tom Fortin, the Minnow Lake Restoration Group, Sudbury planner Steve May and some 36 local faith leaders (represented by Christopher Duncanson-Hales) are causing major delays with the overall development; delays that have to date resulted in some CA$500,000 in wasted legal and administration costs.

The fact that Councillor Mark Signoretti has criticized the city as well as the operator for pushing ahead on a project that may or may not end up being what it was intended to be isn’t exactly helping matters along either. Signoretti has based his argument on the fact that to his mind, money belonging to taxpayers is being dealt with in an irresponsible manner as a result of the uncertainty surrounding the development of the entertainment venue. Fellow-councillor Mike Jakubo at one stage pointed out that Signoretti’s proposal that all further steps in the development be called off until such time as what the LPAT has given the green light, doesn’t honestly come from a place of being concerned for the man on the street, but is instead a motion that is “carefully crafted with the intent of killing the KED”.

Tom Fortin’s allegations are proving to be particularly problematic too. The anti-casino activist has now filed a 1,500-page report providing various claims of city officials having adopted a bias attitude when first approving the construction of the casino, convention centre and parking lot. Fortin even goes as far as suggesting that officials had signed certain by-laws into force for the sole purpose of serving the KED’s cause.