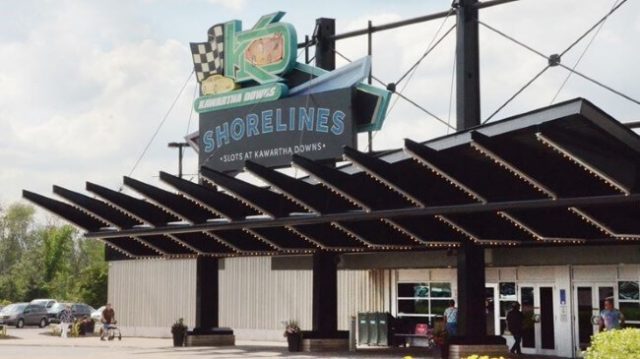 Kawartha Downs is the undisputed home of live racing Peterborough. And this year, the Fraserville racetrack has much more to celebrate; even more than usually.  The racetrack this year turned 47 and to celebrate, the operator staged a massive party fit for big-time champions. The celebrations went down in up-sized fashion on July 13th and according to those who were lucky enough to join in on the festivities, it was a party second to no other seen before in Fraserville.

The party not only marked a stellar 47 years in business, but is also considered a real milestone by Kawartha due to the many obstacles that the racetrack has had to overcome over the course of the past number of years.

Last year; and especially last fall; was a particularly volatile period for the racetrack. In an attempt to diversify the venue’s range of offerings, the on-location Shoreline Casino underwent a complete and mammoth makeover. This not only caused much in the way of discomfort for visitors of the racetrack, but also ended up being the makings of a true nightmare for those employed by the casino. Staff members could be heard speculating about where their next paycheck would be coming from in the quieter winter months.

But all’s well that ends well and the casino did manage to re-open its doors last December. Since then, its been business as usual with no real casualties reported as a result of the total make-over. But despite the happy ending, the situation could have gone any which way for the casino and its loyal members of staff.

Fun At The Races

The birthday celebrations involved all sorts of entertainment and festivities, including live music presented by a DJ, various special gaming promotions and bonus prizes and a repeat celebration of the stellar revamp of the slots offering present at the on-site casino.

To top it all off, partygoers were able to enjoy a special birthday celebration cake. No birthday celebration is considered worth its salt without the presence of a birthday cake, after all. An arrangement of special celebratory live races put an additional smile on the faces of everyone present.

The racetrack at the beginning of this year added an additional 3 races to the annual tally, bringing the total from 18 up to 21. This in itself is considered to be a major milestone for a location once thought to have been at risk of having breathed its last.

If you love betting on horses, make sure you NEVER miss out on a race. Bet ONLINE!