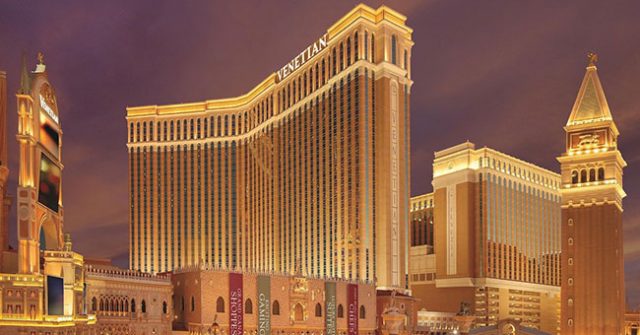 The quarterly loss also managed to undo the firm’s profit streak for the fourth quarter of the previous year, in which it posted a respectable net income of $1.36 billion. The non-recurring tax payment led to a lower net profit figure for the whole of 2018, coming to $2.95 billion. This is around 9.6% lower than 2017’s net profit result of $3.26 billion.

The $727 million tax charge stemmed from the company’s adoption of a guidance by the Internal Revenue Service relation to the ‘international provision of the Tax Cuts and Jobs Act’ on January 1, 2018. According to the company, its effective income tax rates for the final quarter of last year would technically have been 7.4%, if it wasn’t for the expenses associated with the IRS’s enforcement of the Act.

READ MORE: Women Power Gambling Growth in the US

Las Vegas Sands’ net revenues for Q4 came to $3.48 billion – a 2.5% year on year increase. The company’s casinos contributed more than $2.46 billion of this total figure. Operating income for the quarter in review fell by 15% to reach $874 million, down from $1.03 billion during the same period of 2017.

According to a press release posted by the firm on its results, the decreased operating income was due to ‘depreciation acceleration and asset impairments’ from its multiple new projects in Macau. LVS also revealed that they experienced lower rolling chip volumes in their Singapore business, which was offset in part by a strong performance in Macau. Reportedly, this strengthened performance led to a 10% revenue increase in the Chinese territory.

Subsidiary Sands China Ltd’s Macau operations raked in a monumental $2.26 billion in Q4, coming as a 9.7% year on year increase. The Parisian Macao and Venetian Macao demonstrated the biggest net revenue increases of 29% and 11.8% respectively, while Sands China’s net Q4 takings came to $465 million; a 10.4% overall year on year drop.

Adelson Confident in the Future

LVS CEO and Chairman Sheldon Adelson has noted that Q4 saw record mass revenues and continuous growth in every one of Macau’s market segments. He highlighted an adjusted property EBITDA of around $786 million for the region, which is 7.7% higher than the results posted for the same period of 2017.

For the entirety of 2018, Macau’s operations brought a 14.2% increase in net revenues, resulting in $8.69 billion being earned. Total revenue for LVS came to $13.73 billion in 2018 – a 7.9% increase – while casino revenue shot up by 8.1% to reach $9.82 billion. In light of this, Adelson is confident that his company’s future in both the US and Macau will steam ahead as planned, despite the temporary loss.

Ready to get YOUR game on?
Play casino games online and hit the JACKPOT!