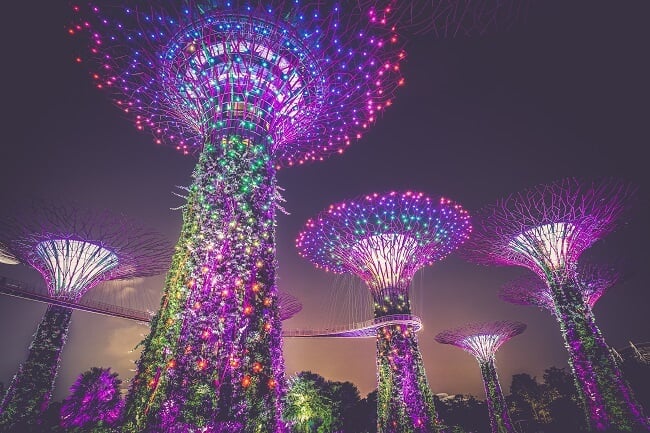 On December 15 the Parliament of Japan approved a law long in the making that will allow construction of "integrated resorts" (IRs). The law follows the lead of Singapore which developed the concept of integrated resorts. The integrated resorts in Singapore have been in operation only a few years but the model has been studied carefully by governments and business promoters in Japan, South Korea, the United States, Canada, and elsewhere.

The decision to allow casinos in Japan was predicated upon their being part of integrated resorts. IRs are big enterprises incorporating many attractive venues for locals and tourist alike. They have convention centres so people from all over the world can attend events there, hotels, and all the appurtenances of modern living. IRs are also meant to be high-end resorts so as to attract top level clientele.

Sometimes Yes and Sometimes No

The issue of legalizing gambling casinos in Japan has had a rocky history. Japan was long one of a small handful of nations to hold strong against casinos. But not all forms of gambling are illegal in Japan.

Japan has long "tolerated" betting on certain "protected" pastimes such as pachinko. The law on pachinko has never been fully clarified but there are thousands of pachinko parlours in Japan and no one is ever prosecuted for running a parlour or playing pachinko.

Pachinko has such a long tradition in Japan that the authorities never seriously tried to make the game illegal. The idea is to shoot balls vertically in a machine similar to a pinball machine. If the balls land in pre-designated winning slots the player would receive a coin or token which he or she could then redeem in local shops. Thus actual money is not awarded at pachinko halls. The law allowing casinos will clearly allow for the interchange of money.

Lotteries also have a long history of legality in Japan. There are three main types of lotteries in Japan but the primary aim is the same: to raise much-needed money for the government. In Japan, 50% of all money bet on lotteries goes to the state. This is a far cry from the 75-90% of money bet at casinos that are returned to the players in some way.

In Japan, betting is also allowed on "public sports" which include horse racing, motorboat, motorcycle, and bicycle racing.

Japan has been extremely deliberative in its approach to legalizing casinos. The Japanese Parliament has spent many years discussing and debating the legality of casinos in Japan. The issue was first raised in 2002 but the political climate was never favourable to casinos even though it has long been favourable to the other legal or tolerated forms of gambling. In fact, even now only 12% of Japanese adults favour the introduction of casinos in Japan.

The legislation just passed that legalizes casinos in Japan could not have passed had it specifically used the term "casinos". Instead it refers to "integrated resorts".

Yet, a partner in the governing coalition, Komeito, sponsored the bill to legalize integrated resorts but never committed to actually voting for the law. Since sponsoring the bill's introduction, Komeito has become a vocal opponent of legalizing casinos even within the framework of an IR.

One of the biggest concerns of those groups opposing legalized casinos is the specter of a growing gambling addiction problem in Japan. Even a benign game such as pachinko has created a number of addicted gamblers and casino foes feared that the number of problem gamblers in Japan would rise.

A study completed in 2014, and run by the Health Ministry of Japan, found that as many as 5% of the adult population of Japan, or 5,000,000 adults, were gambling addicts. The law's opponents say that this number will surely rise if integrated resorts are built in Japan. The 5% number is far higher than the gambling addicted rates found in other countries.

The requirement that casinos be a part of IRs means that Japan is formally following the lead of its Asian neighbor, Singapore. Singapore is the leader in the concept of integrated resorts. Marina Bay Sands and Resorts World Sentosa are the two largest IRs in Singapore. In May 2014 Prime Minister Shinzo Abe of Japan travelled to Singapore to meet with managers of Marina Bay Sands. This indicated that Abe supported the legalization of casinos in Japan, that he was ready to move forward with the idea, and that he was in favour of following Singapore's lead in developing integrated resorts instead of developing Las Vegas style casinos.

Singapore long had strict restrictions on gambling. The government found that tourism was falling and the concomitant revenues and economic boost were also falling. The government decided to tackle the problems of crime and problem gambling through IRs. In this concept, a casino is a part of a much larger complex with hotels, restaurants, a convention centre, and more. The casino would be built underground. There would be no flashing lights to attract gamblers. Furthermore, advertising for the casinos and gambling generally were strictly regulated.

As a part of the law allowing the development of IRs with casinos, Singapore established a National Council on Problem Gambling. Taken together, the IRs are expected to attract many people who have no interest in extensive gambling. The crime that has befallen some areas where casinos were built may not flourish in the atmosphere of an IR.

A Complex Attractive to All

Although the new law legalizing casinos in Japan as part of IRs was based primarily on the desire to raise money for the central government, IRs also attract locals tourists who spend money on hotels, restaurants, taxis, entertainment, conventions and many other things, some of which also returns to the government as taxes even as the casinos show a good profit and pay some of their profits to the state.

In a press release, MGM Resorts International, which operates the Marina Bay Sands integrated resort in Singapore, said "Today's announcement allows us to advance our relationships with key stakeholders and together create a coalition of Japanese business partners who will collectively define a vision for a uniquely Japanese, world-class integrated resort".

For proponents of bringing integrated resorts to Japan, the concept of "uniquely Japanese" was as important as the revenue-enhancing nature of casinos.

It is certainly too early to determine if the IR concept can be translated to Japan but it is clear that the desire to deal with the possibility of crime near casinos and the problem of addictive gambling are being seriously considered even at this early stage in developing IRs for Japan.

The 2020 Summer Olympics will be held in Tokyo. Originally, it was hoped that the casinos would be ready to be a viable source of money for the government. However, the bureaucracy the law sets up will likely delay the opening of the first integrated resort in Japan until after the Summer Olympics.

Nevertheless, the idea to develop IRs in Japan will proceed forthwith.