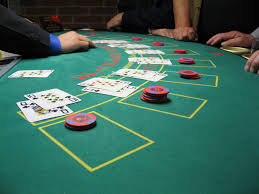 Why do governments feel the need to legislate gaming activities? A person’s wins or losses should be their own business — issues that they should take care of by themselves, correct? Why should a government get into the business of legislating gaming entertainment?

Archaeologists and anthropologists tell us that people have been playing casino games for as long as human society has been in existence. Even when family units lived in small caves, the members of a family would play simple stone games for amusement. When bartering, and later money, became widespread many people played games for entertainment purposes as well as to acquire money and goods.

In Europe, where the first organized casinos began to emerge in the 18th and 19th century, the outlook of the Catholic Church played a big role in accepting gambling as a necessary part of daily life. The Catholic Church took the position that there is no moral impediment to gambling as long as all bettors have the same chances to win, the games are set up fairly, the parties involved do not have actual knowledge of the outcome of the wager and no fraud is involved. Many Protestant denominations disagreed with this assessment but the popularity of the early casinos, which were built in Catholic countries of France, Spain and Morocco, attested to gamers’ agreement with the Catholic Church on this matter.

Since today, gambling is a major international commercial activity, governments are concerned with their part of the legal gambling market. Legal gaming revenues total hundreds of billions of dollars annually. Every year new casinos are built in locations around the world and more and more countries are legalizing gambling where, previously, casino gaming was forbidden.

With so many legal gaming options, why would an individual become involved in illegal gaming activities?

Players who choose to play at an illegal gaming site often make that decision based on the ease and convenience of the gaming venue’s access.

First of all, if the government isn’t aware that gambling is taking place, they can’t tax the proceeds of the wins. This makes sense in countries such as the United States where lottery and casino payouts are taxed, but doesn’t hold water in Canada where the government does not tax proceeds from gambling wins.

Illegal gaming venues are often more physically accessible. Even if the player lives in a city where casinos operate, he might find it more convenient to head to the corner bookie or to a local underground betting parlour which operates down the block from his house, rather than travel 45 minutes to the other side of town.

Some players, specifically players who have problems with excessive gambling, play on credit or by bartering goods and services, This allows them to fulfill their need to gamble using money that they don’t have. Legal casinos don’t allow such techniques but illegal gambling parlours and other illegal gaming situations have no qualms about this type of betting. It is in the government’s interest to stop such gaming sites and protect the public.

Is illegal gambling a problem in Canada?

A quick review of Canadian news indicates that there are problems with casinos and betting sites in Canada. Toronto seems to bear the brunt of the illegal gambling sites.

In January, in raids on Italian cafes and social clubs, Toronto police made 15 arrests and seized a large number of illegal gambling machines and cash. The main target of this investigation involved organized crime which is believed to have operated the establishments. The number of illegal gaming machines that were seized — seventy four — and the amount of cash that was found — $200,000 — indicates that this was an extensive gaming site with a large number of clients which may have numbered well into the thousands.

In October of last year thirty people were charged in an investigation in which 33 illegal gambling houses and casinos were uncovered in Toronto’s East End. These sites focused on gaming tables, with two or three gaming tables found in each of the three sites. In addition to the tables the “casinos” were well-furnished, featuring lounges, bars and massage rooms. A police spokesman said that the illegal gambling spots had caused an increase in violence in the division including a double shooting, numerous robberies and assaults.

Additional investigations and arrests have taken place in Montreal, Victoria BC, Calgary, Winnipeg and other Canadian locales over the past year.

Sports betting exists within the gray area of online casino activity for Canadians. Online casinos do not operate under the auspices of Canadian law. They are regulated by offshore regulatory agencies and are accepted throughout Canada. Sports betting, which occurs largely online, falls within those parameters, but bettors who gamble at unregulated sports betting sites are advised to wager with care.