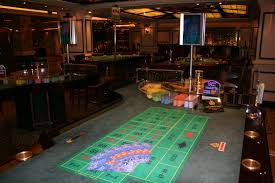 Gambling is enjoying increasing popularity in Canada. The lottery is healthy in all provinces and new casinos are opening yearly. Just in the last year alone there have been new race tracks and casino venues that have opened including the NewKamloopsCasino which opened in Kamloops, BC this past summer and the Elements Casino which is set to open this winter in Surrey, BC. In addition, the Toronto City Council has given its approval for the expansion of the Woodbine Casino in Rexdale ON.

Yet even with these new legal gambling venues which are joining existing lottery and other casino sites, Canadian officials say that illegal gambling continues to present problems in almost every city.

Billions of dollars pass hands outside of the law as old images associated with illegal gambling — mobsters, bookies and violence â€” give way to technology advances that have made illegal gambling more accessible and less shady.

Why Do People Engage in Illegal Gaming?

With so many options for legal gambling, why do people engage in illegal gambling activities? There are a number of reasons.

How does Illegal Gambling Work?

The structuring of illegal bookies and gambling sites is complex. In the case of sports betting, the bookies give the odds that are presented to them by the people at the upper echelon of the pyramid. They collect the cash (or other objects being wagered) and make the payments which are dependent on the outcome of the sports (or other, such as political) event. It’s difficult or even impossible for the bookies — or law enforcement officials — to know who’s above them in the chain of command.

Why is Illegal Gambling Illegal?

Every country has its own laws and regulations regarding gambling. As mentioned, in some countries, gambling gains are not taxed while in other countries, they are. In Singapore, for instance, the ‘Singapore pools’ store bets are legal but online sports betting is banned. In India sports betting is considered illegal in any form. In the UK, as long as a bookie is registered, it’s legal to place a bet with him. Canadian laws allow online sports betting but not through local bookies.

Many people ask, if a country allows some forms of gambling, why not all kinds of gambling activities?

One of the biggest concerns involves money laundering. Money laundering is an age-old activity in which illegal gains are transformed into ostensibly legitimatemoneyor other assets. People involved in money laundering want to obscure the source of the illegal proceeds. When money is passed through an illegal bookie or other gambling venue, it’s difficult to subsequently account for that money. Government investigators, trying to follow a trail of illegal activity, become stymied when the money was laundered at an illegal gambling venue.

Additionally, the illegal bookies and gambling sites hurt the profits and revenues of legal gaming sites. These legal venues can’t offer the same kinds of odds that illegal bookies give since they pay taxes on their profits and abide by costly laws. So, by luring gamblers away from the legal sites, legitimate businesses are negatively impacted.

An additional, new concern involves “match-fixing” that illegal betting syndicates promote to influence the result of a sporting event. Officials say that, by encouraging individual players, teams and even officials to fix a match the illegal syndicates can pre-determine results of the match. Bookmakers who have prior knowledge of the final outcome then manipulate the odds in a way that allows them to achieve maximum profit. This practice seems to be on the rise — recently Europol alleged that 680 football matches were fixed by criminal networks. Over 400 match officials, players and criminals were suspected of being involved in the fixing. Police and other government officials believe that illegal betting and subsequent match-fixing are irreparably damaging the sports industry.

What are the risks of illegal betting for the gamblers themselves?

Canadian police are cracking down on gambling dens and illegal casinos. In Toronto more than 30 locations were raided last week. 30 people were arrested and tens of thousands of dollars in gambling equipment was seized — including gambling machines, baccaratand mahjong tables and various illegal drugs including heroin. Police decided to act quickly, once they learned about the scope of the operation. They feared that increasing violence surrounding the illegal operations were leading to an increase in threats to public safety in the area.

In the Thornhill area a multi-million dollar illegal gaming enterprise was raided and several people were arrested on Super Bowl Sunday. An online sports-book and casino, Platinum SB, is alleged to be the organizer of the gambling event.

Online sports betting is legal in Canada but officials warn gamblers to check and make sure that the online betting site is supervised by an established, recognized monitoring agency such as the Malta Gaming Authority or the eCommerce and Online Gaming and Regulation and Assurance Agency.

SHARE
Facebook
Twitter
Previous article How to Win at Blackjack
Next article New Liberal Government in Canada. What does it Mean to the Gaming Industry?
Related Articles