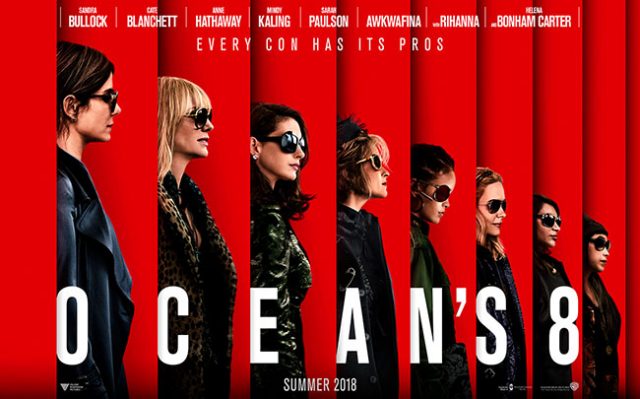 The word is still out as to whether it was the movie about the heist, or the heist in the movie about the heist, that inspired a real modern-day casino crime, but the chain of unfortunate events that recently left Ocean Resort and Atlantic City Casino owner Bruce Deifik and his wife Nancy almost $1 million out of pocket, certainly smacks of more than just a little bit of Hollywood.

An unknown person or group of unknown people recently made off with some of Nancy’s most prized glittering possessions, when the couple were staying in the presidential suite of the iconic Atlantic City Hotel. According a media report published by The New York Post, no witnesses have come forward as of yet.

Police have been hesitant to connect the theft to the recently aired blockbuster hit Ocean’s 8, but the resemblance between the actual crime and those committed in the story line, is just too prominent not to be a major cause for speculation.

Inspiration Is Lost On Deifik

Despite the obvious intrigue, Deifik himself is apparently so annoyed by the crime, and even more so by the speculations that have now been sparked, that he has declined to comment. According to Deifik, the crime isn’t even newsworthy, let alone worthy of heated speculation.

What makes the story all that more enticing is the fact that police have not been able to find any DNA at the scene of crime, nor has the security footage delivered much in the way of having recorded anyone other than authorized persons entering the suite.

CASINO NEWS: Genting Heads To Court With Fox And Disney

Whatever anyone’s take on what has happened and whether or not the crime was box-office inspired, this is not the first time that something worthy of an almost bizarre story line has happened in an actual casino. It wasn’t ages ago, in 2010 to be exact, that the son of a Las Vegas Judge, one daredevil-turned-crook Anthony Carleo, had driven his Suzuki GSX-R up to the Bellagio’s valet stand and, waving around a fire-arm, managed to rob the casino of more than $1.5 million in casino chips from the Bellagio’s high-stakes Craps tables.

Almost too thick-skinned and pompous to imagine, Carleo then checked into the Bellagio where he lived a life of absolute luxury for an astonishing 7 weeks before he was apprehended and arrested for the crime, and sentenced to a term of 16 years in prison.

Whether the Atlantic City big boss likes it or not, theirs is a story worthy of the silver screen.