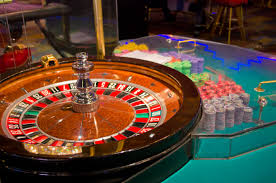 Even as casino gambling grows in the United States, Canada remains a favoured destination for gamers who travel north to enjoy the advantages of Canadian casino entertainment. How did gambling develop in Canada?

Long before John Cabot sailed to Canada in 1497, gambling was a popular pastime of the native population. In addition to the stories told about the native games of the past, archaeologists and anthropologists have found remains of the gaming sticks that the First Nations used for their games of chance.

Europeans brought their own games as they began to settle in Canada. Most involved card games which were easy to transport as the trappers, explorers and settlers moved from place to place. Canada’s most popular gambling competitions were generally card games of poker, stook and blackjack as well as dice games of barbotte and craps.

When the Klondike Gold Rush began gold seekers turned to the game of Faro for their evening entertainment. Faro can be traced to the German game of “landsquenet” and dates back to the early 15th century. It is played with a regular deck of cards and moved north from the American frontier towns such as Dawson City and Yukon where gambling was a popular sport. The rough frontiersmen enjoyed games in which their fortunes were won and lost on the turn of a card and they passed many a night playing Faro. In Canada, the popularity of Faro lasted as long as the Gold Rush did, although it continued to be a favoured game in the US. for many more years. (Historians will note the name of the town of Faro YT., which was probably influenced by the game).

Legal Status of Gaming in Canada

The Canadian Criminal Code of 1892 allowed for gambling under certain conditions. In 1910, an amendment was added to the Code, allowing for pari-mutuel (from “Paris Mutuel”) betting. This type of wagering involves dividing losers’ stakes among the winners with a cut of the bet going to the horsemen, the track and the state. Pari-Mutuel betting became the official and legal form of betting for racetrack wagering and was also applied to games of chance where profits were used for charitable or religious purposes. Canadian provinces also permitted some games of chance to take place at agricultural fairs and exhibitions.

In general though, gambling laws remained relatively unchanged until 1970 when the Criminal Code was changed to give provinces the authority to license and regulate gambling in their regions.

Today, casinos are a multibillion-dollar industry in Canada. Canada’s first commercial casino opened in Winnipeg in 1989 and was quickly followed by a Montreal casino which opened in 1993. Other provinces, including Manitoba, Québec, Ontario, British Columbia, Nova Scotia and Saskatchewan all host commercial casino operations. The four Atlantic provinces (Newfoundland, Prince Edward Island, Nova Scotia and New Brunswick)regulate their gambling interests as a combined Atlantic Lottery.

VLTs (Video Lottery Terminals) offer a more individual gaming option. VLTs are scattered throughout many of the provinces. These terminals are basically video slots which pay out in coupons which can be redeemed for cash by the vendor upon whose premises the machines have been placed. VLTs generate millions of dollars annually to provincial governments. They pay out millions to winners every year.

Provincial governments are also actively involved in operating lotteries. The proceeds from the lotteries are given to non-profits as well as to religious groups to use for their charitable activities.

Agricultural exhibitions and fairs continue to be a popular venue for gaming activities. There are numerous racetracks located throughout Canada and they base their activities on the pari-mutuel format for betting.

Bookmakers, who engage in illegal gambling by accepting bets on sporting events, are active in Canada. This form of betting constitutes the largest source of revenue for organized crime but it’s seen as a “victimless crime and, most of the time, is tolerated, with no public pressure being exerted to control it. Interestingly enough, the existence of illegal gambling has not had any noticeable effect on the legal gambling market.

Online gaming is the newest and biggest growth industry among Canadian gamers. The convenience of being able to play games from the comfort of one’s home, on a PC or mobile device, is alluring, and many gamers are supplementing their casino, VLT and lottery activities with online casino gaming.

The Canadian government relies on international regulatory organizations, such as the eCOGRA (eCommerce and Online Gaming Regulation and Assurance Agency) and the Malta Lotteries and Gaming Commission to monitor online casinos. These agencies have the technological ability to supervise online casinos’ paytables, random number generators, payout percentages and other aspects related to playing online for real money.

The online casinos generally offer all of the casino game options that players would find in land-based casinos including poker, blackjack, roulette, craps, baccarat and multiple lotteries such as scratch card, sic bo, keno and bingo. In addition, the Internet casino has the ability to feature hundreds of the top video slot machines that include all of the visual, audio and manipulative elements that can be found at a “real” slot machine.

Online gamers place their deposits and withdraw their earnings via ebanking institutions such as credit and debit cards, echecks, ewallets, evouchers and banks that facilitate transfer of funds to and from their local Canadian bank account. Over the last few years, cybercurrency online casinos have opened which operate via online currencies such as Bitcoins, Peercoin, Litecoin, NXT, Namecoin and Dogecoin.

The majority of Canadian players have been able to integrate gambling into their daily lives without putting themselves in jeopardy. For some players, out-of-control gambling has had devastating repercussions. Recent studies indicate that about 5% of adults have felt that their gambling had been, at some point, out of control. Among adolescents, the percentage is higher. Sociologists point out that this “victimless” activity, when unchecked, can have a damaging effect on ten to fifteen people around the individual gambler including his friends, relatives and employers.

Canadian casinos, including online casinos, have created self-monitoring safeguards in which players who recognize that their gambling has become problematic request to be banned from the casino for a specific amount of time. In addition, many provincial governments, recognising that there are social costs associated with gambling, fund programs to prevent or mitigate the damages caused by problem gambling.