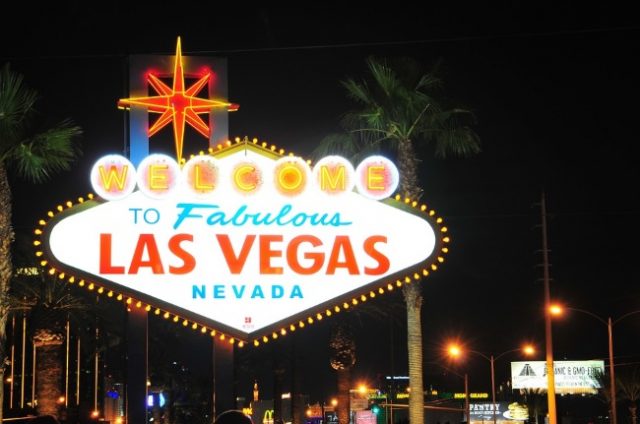 It seems as if UFC MMA fighter Connor McGregor isn’t the only one planning a return trip to Las Vegas; so is the iconic Hard Rock Casino & Hotel. Those who have been following new casino developments may at this point be confused because of Sir Richard Branson having essentially removed the Hard Rock brand from Vegas following a deed of sale and a Virgin Hotels Las Vegas rebrand.

But that may not have been the end of the Hard Rock Las Vegas story yet, as it now appears as if Hard Rock International chairman Jim Allen may be interested in acquiring a new property at which to re-open the 50-year-old iconic brand on the Vegas Strip.

Allen revealed some of what he has planned for the brand during a podcast interview with Bloomberg’s Jason Kelly and Carol Massar. Allen apparently plans on re-establishing the Hard Rock brand just as soon as what Branson has completed the Virgin re-brand process.

And it must be mentioned that Allen is confirmed to have been on the lookout for a property on the Strip for quite some time now. Allen did however throughout the course of the podcast discussion stress the fact that whatever property he opted in on buying would have to be sought-after, prime and viable, as not all properties on the Strip are classified as such.

But analysts remain sceptic, and especially so when talking a time frame for all of Allen’s real estate acquisition plans. If a prime property were to become available on the Las Vegas Strip, there will without a doubt be a sea of operators interested in making an offer. It won’t be easy going topping those offers in order to seal the deal in favour of the Hard Rock brand.

But why then Allen’s obvious dead-set resolve to revive the brand, and particularly so in a good neighbourhood on the Strip? Analysts are of the opinion that it has a great deal more to do with Japan than what it has to do with Vegas.

It’s no secret that Hard Rock International is particularly keen on securing one of only 3 highly sought-after Japanese Integrated Resorts operator licences. To say that the competition is rife, would be a negligible understatement and whoever hopes to secure any one of the licences will have to show themselves worthy of being a “well regulated and premium global brand”, according to Japanese authorities.

Counting among the Strip’s elite may very well be the missing piece of the Japan-puzzle for Hard Rock International.

Play casino games online that are BETTER than VEGAS! Sign up NOW.