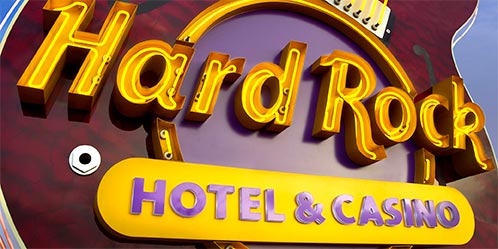 Hard Rock International, the Casino Gaming and Hospitality company, apparently has the Australian Gold Coast in its sights as the next destination for its resort business expansion.

These reports regarding the company’s interest have emerged just after Minister for Queensland Tourism, Kate Jones, confirmed that the state’s government has no plans to allow for the addition of slots or poker machines to the Coast, as popular as these are locally. The amount spent on these casino game machines by players reached a record AU$27 million in 2017, according to official data.

Minister Jones told the State Estimates that there would be no new poker machines in light of the government’s support of the development of an integrated resort in the most popular tourist strip in all of Australia. The state’s government introduced a plan in 2017 for the evolution of the Global Tourism Hubs all across Queensland, with the Gold Coast being high on the list of preferred locations. This is being instituted as an attempt to attract further international development, which will boost the tourism industry in the state, believed to currently be standing at around AU$25 billion and supporting a great many jobs, in casinos and other areas.

The Holistic Model is Intriguing

Hard Rock indicated in a letter to officials in Queensland that they were very interested in the holistic model that the government is presenting, referring to the Global Tourism Hubs programme. The gaming and hospitality company, based in Florida, in the USA, has also pointed out that it would prefer to create a property aimed at providing a range of entertainment, with non-gambling facilities in place as well.

Above and beyond its casino businesses in both the state it calls home and facilities located in New Jersey in the USA, Hard Rock is also the operator for a number of hotel and restaurant chains that own properties all over the world.

It must be noted that the Hard Rock brand is one that is very familiar in and around the Gold Coast, thanks to the company running a Hard Rock Cafe in this city for over 20 years now. The only operational gambling available in the city at the moment is at The Star Gold Coast, previously known as Jupiters Hotel and Casino. This property is also undergoing a multi-million dollar expansion as well that would, along with other things, see a 17-story hotel tower being added to the facilities it already offers.

Reports regarding the possibility of another place to enjoy a flutter in this area being created have further been spurred on by the rejection of a huge AU$3 billion project to construct an integrated resort on the Southport Spit last summer. That property, with a plan enjoying the backing of a collection of Chinese investors, would also have allowed for gambling games. There have been suggestions that, since that scheme was rejected, a gaming license became vacant, and the government would then be reopening the bidding process for a development of a similar type.

Try your hand at LIVE Poker on Spin Palace Live!