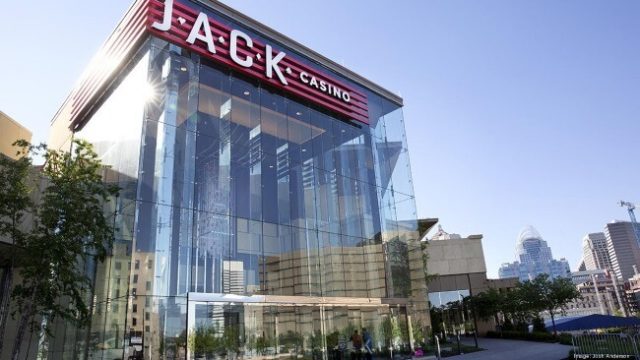 Hard Rock International is quickly becoming one of the world’s top casino and accommodation brands and destinations, and currently enjoys a prominent presence in 75 countries. The gaming giant employs more than 40,000 people across the globe, and the latest news is that it will soon be adding 1,000 more to the tally thanks to the accommodation and entertainment giant agreed to acquire the JACK Cincinnati Casino in partnership with real estate investment mogul VICI Properties.

JACK currently belongs to the Detroit-based Jack Entertainment, and the partnership has confirmed that it will be paying a smooth $745 million in cold hard cash for the casino business. VICI Properties, interestingly enough being a real-estate spin-off that gained its independence from none other than MGM in 2017, will become the new owners of a legal entity that owns the actual land that JACK Cincinnati Casino is situated on. Hard Rock will own the rights to the actual operating assets.

Hard Rock Will Rent And Operate

According to what has been agreed upon, in return for its own $187 million portion of the investment, the Hard Rock group will have the right to rent to the property from VICI for an initial 15-year period. The annual rent will amount to $42.75 million.

The acquisition remains subject to regulatory approval and the usual closing conditions. The two new owner-hopefuls have said that the plan is to close the deal before the end of 2019.

Hard Rock International has said that many improvements and add-ons are being planned for the venue, and that the details will be announced later this year once the deal has been finalised. Hard Rock CEO Jim Allen said that what could be revealed at this stage, was that the group looked very much forward to introducing the legendary Hard Rock brand to the region.

According to an official statement by the current owners of JACK Casino, the group is of the opinion that Hard Rock International was the best possible choice in terms of growing the venue to the point of reaching its full potential.

The take-over includes the JACK Entertainment’s Turfway Park horseracing track, which is situated in Kentucky.

Chose when YOU want to play. Sign up at an ONLINE CASINO and never miss out on a WIN!