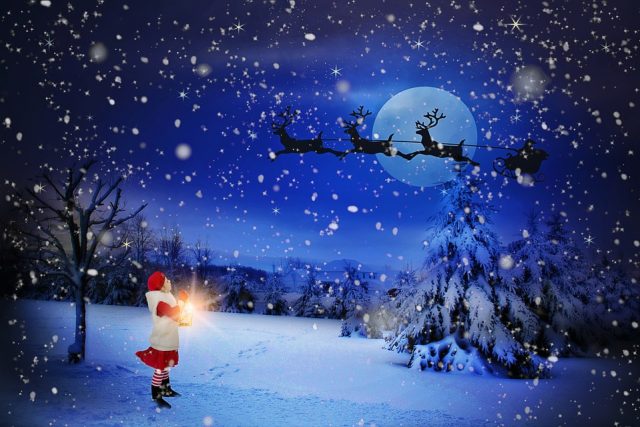 Fancy driving around in your very own 2019 Ford Raptor before the New Year has even officially arrived? Then the Hard Rock Hotel and Casino Atlantic City, which is located in the recently liberated state of New Jersey, is the place to be. The casino has announced that its latest loyalty promotion will run all the way through December the 23rd. Due to it doubling up as a Christmas special, the promotion has been dubbed The Ultimate Sleigh Ride.

Every Sunday up until 23 December, the casino will conduct an electronic lucky draw. There will be a total of 4 draws over the course of everyone’s favourite holiday month. According to the rules and regulations of the promotion, which was confirmed by a recent press release published by European Gaming Media and Events, players must be older than 21 to qualify to participate in the opt-in loyalty event.

Exactly how do you secure a participation spot? By playing paid games on the casino floor during the duration of the month of December. Hence the loyalty element.

Choose Your Own Prize

The Hard Rock Hotel and Casino Atlantic City re-opened its doors in late June, and was previously known as the Trump Taj Mahal. The casino’s grand opening coincided perfectly with the legalisation of sportsbetting in the US. The venue is situated along the iconic Atlantic City Boardwalk and is a popular seaside entertainment destination.

The Ultimate Sleigh Ride will ensure that every Sunday in December, a total of four lucky draws take place. One will commence at noon, the next at 2pm and a third at 4pm. During each of the first three daily draws, 5 lucky qualifying participants will be afforded the chance to win freeplay vouchers to the value of $1,000.

The fourth and final draw of the day will be the big one. 10 qualifying participants will be invited onto the stage, where they will then have the opportunity to select a prize of their choice. Ford Raptors will be up for grabs in this lucky time-slot.

There Is Work To Be Done!

Due to the promotion following the opt-in concept, hopeful participants will be required to activate their entries 15 minutes before the first draw takes place every Sunday. As for the freeplay prize vouchers, the casino has reminded its loyal troopers that these are just for fun and cannot be redeemed for real money.

Want to WIN big from the comfort of your own home? Find the best bonuses online now!