What Happens in Cases of Slot Machine Malfunctions at Casinos? 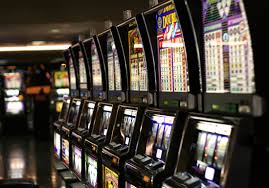 It’s a casino player’s worst nightmare. The reels are in sync, the paylines line up and the symbols show that you’ve won a massive payout. You start to dreamâ€¦.then, the casino management comes over and tells you “sorry, it was a malfunction. No payout.” Can they do that?

Unfortunately, yes, they can, as demonstrated by a few recent cases in North American casinos where seemingly million dollar wins turned into a small sum, a handshake and best wishes for the future. Paul Kusznirewicz, who was playing in Innisfil Ontario and Veronica Castillo who played at the Lucky Eagle Casino in Rochester, Oregon, found that out the hard way.

Paul Kusznirewicz thought he was a multi-millionaire for five wonderful minutes when he played the Buccaneer slot machine — Jackpot! At the Georgian Downs Casino in Innisfil, Ontario. He spun the reels and the machine’s lights and whistles announced that he had won $42.9 million. But when a casino employee supervisor arrived, along with mechanics and security personnel, they burst his bubble, saying “We can’t pay you that money because that machine is broken.” Kusznirewicz was offered coupons for the casino’s dinner buffet.

Kusznirewicz has no plans to accept this lying down. His attorney has served the Ontario Lottery and Gaming Corporation with legal papers, requesting compensation for Kusznirewicz. OLG responds that the suit is unjustified. They note that the maximum payout for the Buccaneer slot game, which is a 2 cent per play machine, is $9,025. Allison Sparkes of the OLG stresses the fact that the machine malfunctioned, and that each machine displays a posted sign that says clearly that malfunction voids all pays and plays.

And that’s the point. Almost every slot machine has a disclaimer that states “Malfunction Voids All Pays and Plays.” Which, when you think about it, makes sense. It is, after all, a machine and machines have their glitches.

Objectively, how can a 1,000 coin slot casino in a rural casino offer a multi-million dollar payout? Most legal experts feel that Kusznirewicz’s lawsuit doesn’t have much chance of success. It’s true that most slots players don’t carefully read the rules pays screen or pay attention to the disclaimer on the slot machine, but again, the casino has the right to protect itself against a machine that can, and sometimes does, malfunction.

Kusznirewicz protests that, since the maximum payout of the slot machine wasn’t clearly stated (as is the case with other slots) it wasn’t clear that the displayed amount couldn’t be won. His lawyer, Mr. McPhadden, further notes that the OLG never provided evidence of machine malfunction although an OLG spokesman said that a report that was compiled after the incident indicated that error messages flashed and the machine never actually went into jackpot mode. Yet according to Mr. McPhadden, Kusznirewicz and his wife know what they saw. Neither noticed any error message.

In a similar incident in Oregon, Veronica Castillo thought that she had struck it lucky after hitting an $8 million jackpot. Castillo was playing alongside her mother at the Lucky Eagle Casino in Rochester, Washington when the bells and whistles went off to announce her jackpot win. ‘I was very excited and happy’ Castillo said, until casino staff came over and told her the machine had malfunctioned. “They shut off the machine, took it away, printed out a ticket and gave me $80′

Castillo doesn’t intend to allow the incident to pass quietly. “To me, it’s cheating, may even be fraudulent. My first thought was, how many people has this happened to? They think they’ve won, then go away empty-handed.” Castillo plans to hire an attorney to press her claim to the payout.

As with the casino in Innisfil, the Rochester casino claims that this type of error has never happened before and that they will be looking into answers. They do point out that a payout of millions of dollars on a slot machine whose maximum payout is $20,000 — when the player has placed maximum bets on all lines — is an unreasonable expectation. At Castillo’s betting level, the maximum payout that she could have expected was $6,000.

Casino spokesman Joseph Dupuis, commented “we deeply regret that Ms. Castillo temporarily experienced an incorrect credit display while the machine began its process of metering down after the display malfunction. We have offered her a weekend stay in one of our suites as our guest, as well as dining at the property and free play included.’

So what’s the fair compensation to a player when something like this happens? Frankly, while I understand the players’ disappointment and frustration, the slots are based on mechanical devices which can and do malfunction, and it’s a fact of life to accept that such an occurrence might happen. On the other hand, if a player makes a mistake while playing at the casino (accidently bets a higher-value chip than he had meant to), he’s still held accountable for his mistake and has to pay for it.

By offering relatively low compensation (coupons for meals for Kusznirewicz and $80 plus accommodations, dining and free play for Castillo) the casinos in question missed the opportunity to create good will. In addition, they will likely pay tens of thousands of dollars in lawyers’ fees and risk the chance that a court judgement will obligate them to pay much more to the “winners,” if for nothing other than “mental anguish” or something similar.

This is an issue that might best be taken up between the casinos and the slot machines’ software company. Perhaps the contract between the two should contain a manufacturer’s guarantee for compensation in the event of machine malfunction within a specific period after the machine’s purchase or while the machine is on lease. That compensation should be provided to players in event of a machine malfunction. The compensation should be lucrative enough so that it’s not worthwhile for the player to take such an issue to court.