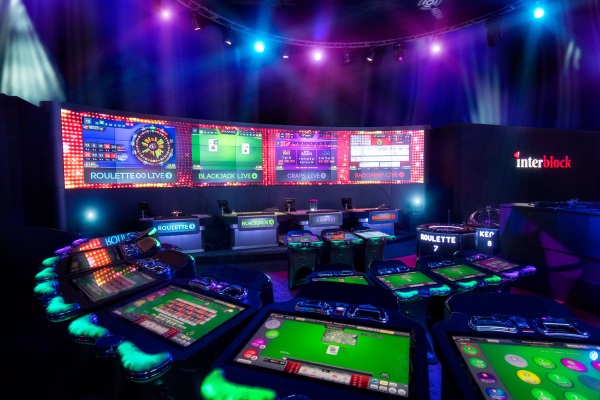 The bonds of marriage between traditional gambling and general gaming entertainment are growing ever stronger and the dividing line between what used to be classified as a questionable activity and the world of modern day gaming is rapidly fading away. The fact of the matter is that playing gambling games is supposed to be fun; a truth that has in recent times started to really hit home. This has very much begun to restore a certain balance on the casino-front and more and more players primarily interested in gaming are now starting to join in on playing typical gambling games. And its exactly this demand for refreshing fun games that makes Burnaby’s Grand Villa Casino’s latest endeavour all the more thrilling.

Grand Villa has officially launched its brand-new Pulse Arena at the Burnaby location. The arena is set to provide quality gaming entertainment in new and exciting ways and very much moves away from old hashed-out styles of play and more towards enhanced and full-on interactive play.

Grand Villa has already hosted the official opening of the new Pulse Arena and many regional as well as players from surrounding and neighbouring communities have joined in on the fun. The new offering is expected to boost tourism in the region of Burnaby and in significant ways. Players are constantly wanting and desiring more from a typical gaming experience and Grand Villa Casino is more than happy to make exactly that happen at the new venue.

A total of 35 linked game-stations have been installed in the new arena. A giant digital wall completes the ultimate gaming experience picture, and players are encouraged to have fun by casino staff making use of cameras in order to capture live images and project these onto the digital display. This really ramps up the interactive and social element of playing games in the arena.

A First For BC

Grand Villa belongs to Gateway and the operator has been going all out on the social front. Players want to do more than just bang away aimlessly at a slot machine or flip it up on the card games without any regard to other players at the same table. Modern-day players are all about the social casino experience and by combining interaction and high-quality games supported by cutting-edge technology, Gateway certainly appears to have grabbed hold of a winning recipe for success.

Pulse Arena is the first interactive playing field of its kind in British Columbia and more similar venues are expected to take shape all over the country.

Play ALL the games you LOVE online. Casino games, eSports, and MORE awaits!