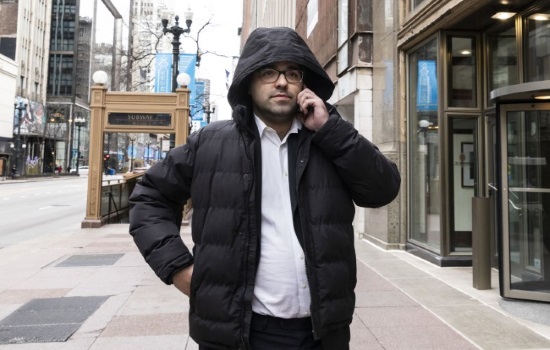 When big-time celebrity sports better and gambler Robert Gorodetsky appeared before Chicago Federal Court Judge Elaine Bucklo on February 5, his was a silhouette far removed from the grandiose persona portrayed by the one and same up to not too long ago on social media. In fact, so timid did the sports better appear shortly before pleading guilty to fraud to the tune of $9.6 million as well as having purposefully evaded paying his taxes, that Judge Bucklo had to eventually request the celebrity gambler to move closer to the microphone in order to “speak up”.

Gorodetsky was once arguably the most famous sports bettor in all of Las Vegas. But the February 5 court appearance proved to involve everything but glam and gambling glitz and hot summer Vegas nights. It during the court proceedings transpired that not only did Gorodetsky constantly lie about the amount of money that he had won betting on high-stakes sports events, but that he had also defrauded a single individual out of millions by lying about the nature of the “investments” made on behalf of the individual in question.

Funded His Own Lifestyle

This self-imposed end of a man once described by USA Today as one of the most “compelling and controversial” people in sports seems almost too far removed from reality to be true. Also revealed during the legal proceedings was the fact that Gorodetsky had not only spent the money on high-stakes sports bets but had also funded his lavish Las Vegas lifestyle with money supposedly invested on behalf of his “client”, to whom he had made promises of some pretty amazing returns.

The fraudster continued to make false statements about a possible profitable investment, and this supposedly carried on for longer than 3 years. During this time, Gorodetsky spent the bulk of the money on his own personal lavish upkeep, with no obvious intention of ever passing on any meaningful returns to his now-turned-victim investor; neither sports betting returns nor otherwise.

It all came to a tremendous blow when in 2018, Gorodetsky’s investor eventually became convinced that he was being played by the “pro-bettor” and at long last notified law enforcement authorities about the gambler’s fraudulent activities. This all led to Gorodetsky eventually being charged with wire fraud as well as the wilful filing of falsified tax returns.

The fraudster has since having been charged pled guilty to both fraud as well as tax evasion. Gorodetsky will be making his return to court on April 29 for official sentencing and may face up to six years in federal prison.

See if YOU can strike it RICH online. Play at Canadian-friendly casinos TODAY!