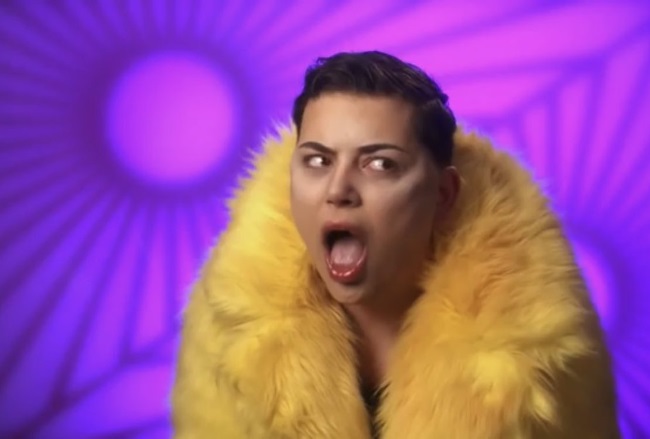 Rupaul Drag Race finalist Leo Loren, better known by stage-name Baga Chipz, may wear make-up, but that doesn’t mean that the entertainer appreciates being referred to as a “fella in make-up” by casino door staff, let alone being refused access to the venue. The incident in question supposedly took place at Scotland’s Genting Casino in Edinburgh and has left an understandably foul taste in the mouths of entertainers all over.

Read More... Court May Have Been Misled in Kingsway Saga

The Edinburgh casino has however responded to the claims made on Twitter by Loren, and has denied that staff had acted in a discriminatory manner. According to a spokesperson for the Genting venue, the entire affair had been captured on camera and that at no point had any of the comments quoted by Loren been made by any member of the staff present during the incident. The spokesperson elaborated about the real reason for Baga Chipz having been denied entry on the night in question and said that door staff were well within their right to refuse access to any party of whom the members had clearly had “too much to drink”. The spokesperson also added that speaking on behalf of Genting as well as on behalf of the casino at Edinburg, that he wanted to make it ”absolutely clear” that the casino did not discriminate against drag queens and that this fact made no difference at any point regarding the “party” having been refused access on the evening of the incident.

Chipz Does A Fine Maggie

Chipz, who apparently renders a perfectly fine impersonation of former British Prime Minister Margaret Thatcher as part of his act, managed to claim third place during the first season of the UK version of Rupaul’s Drag Race. The BBC aired the show last year, during which time Loren shot to drag queen fame.

But Leo Loren is more than just another “fella in make-up” because he’s also a respected and award-winning Cabaret artist as well as a prominent gay-rights activist. Both of which make the incident in question to be even more regrettable, if indeed it did take place in the manner in which Loren claims that it did.

Baga Chipz furthermore claimed that he had in fact not been drinking prior to the incident and that the casino’s response to his claims are in fact false. He took to Twitter to vent about what had actually taken place on the night and said that the staff in charge of access at the venue’s door had used crude and derogatory language all throughout the altercation.