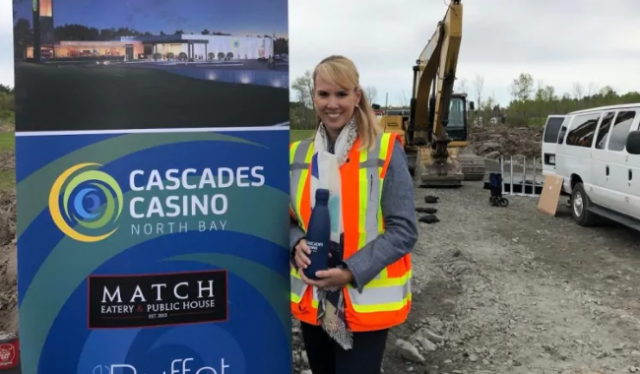 The community of North Bay is set to benefit from Gateway’s new Cascades Casino North Bay in more ways than one. The new casino is scheduled to open its doors to the public halfway into 2020 and the operator is now rallying up everything from worker expertise to road construction and planning authorities in order to get everything ready for what is to come.

One of the major conversations to be had in this regard is that of the re-alignment of the area’s road network so as to ensure the unhindered flow of traffic to and away from the new North Bay casino and entertainment complex. Gateway has said that it is fully committed towards re-designing the intersection connecting Pinewood Park Drive, Lamorie Street and Lakewood Drive in such a fashion that the end-result creates a maximum positive result for all residents with regards to the general flow of traffic in the greater North Bay area.

It must be mentioned at this stage that a complete re-think of the current flow of traffic is absolutely crucial and necessary. This is because the new complex will not only be home to a Gateway casino, but also to a large selection of eateries and other family-friendly entertainment.

Were it not for the fact the operator has made provision for proper planning in terms of the increased volume of traffic about to make its way through the mentioned intersection, the new casino and entertainment venue would in all likelihood have caused major traffic delay upsets for those wanting to simply get from point A to point B.

This will fortunately not be the case, as Gateway has launched a major construction and road layout initiative aimed at establishing the best possible route to and from the new development via the intersection.

Cascades Casino North Bay will feature a host of top-class family-friendly offerings, including a Tim Hortons, a Beef n’ Brand and a Ramada. Rumour has it that a Burger King restaurant may very well be in the pipeline too for the new development just off of the already busy North Bay Nipissing Junction.

By ensuring the constant and unhindered flow of traffic, Gateway Casinos & Entertainment is in essence ensuring its own sustainable business operation in a long-term kind of way. This will ultimately mean that the region will benefit from the existence of the new venue instead of it becoming no more than an annoying cause for an ongoing traffic delay.

Beat the traffic! Play CASINO GAMES online or on the GO.