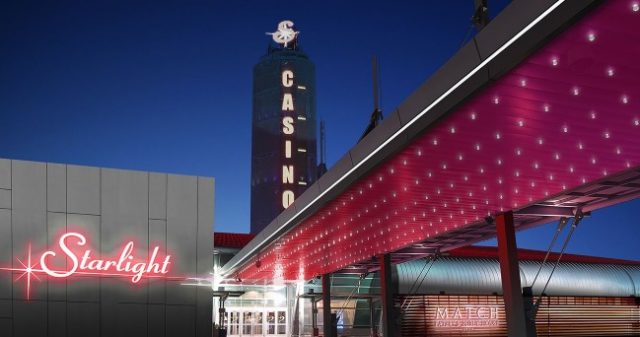 Gateway Casinos & Entertainment has unveiled its plans for the development of a brand new casino on the Southwest side of London, Ontario. Gateway’s Starlight Casino development is expected to set the operator back a cool $75 million, but once complete, will not only become home to 900 slot machines, 40 table games and much in the way of live music entertainment and restaurant offerings, but will also create at least 700 new jobs.

The operator, Canada’s biggest, has named the proposed project its biggest investment in the province of Ontario to date. The proposed location for the new development is on Wonderland Road, just off of Wharncliffe Road.

Gary Macartney, who is the Head of the London’s Chamber of Commerce, is more than anything, excited about the location of the new casino. Macartney said that Gateway would be providing jobs to those people who need it the most and who are actually looking for jobs.

Macartney also pointed out that personally, he is a fan of the location in that it will further stimulate a booming commercial area. He said that a decided positive about the proposed development site is that it is right at the centre of the busiest business hub in the region. This, said Macartney, would prove important to commerce in general, as well as to Gateway.

The operator has in the meantime applied for the necessary re-zoning certificates in order to get the necessary permissions in place. If approved by Council, construction of London’s new Starlight Casino could commence as early as September.

Gateway’s Carrie Kormos, who is the Chief Marketing and Communications Officer for the operator, pointed out that the intention was to create in Southwestern Ontario the hub of the Gateway entertainment experience, especially when compared to smaller casino venues in places like Woodstock, Dresden and Clinton.

Kormos also pointed out that there will be loads to do for everyone, including family-friendly restaurants and entertainment offerings, which she deems quite exciting.

In 2017, the operator had proposed a similar glitzy development for Western Fairgrounds. But the red tape of bureaucracy proved too much for Gateway and the decision was eventually made to nab any further development plans for that particular application.

The plan was to buy the land that was at the time utilised by a casino that was then owned by the Ontario Lottery and Gaming Commission. Gateway had bought the casino and wanted to either re-negotiate the lease on the land, or to simply buy the land. The project was eventually canned and the London project introduced instead.

Once Silverlight Casino is up and running, said Gateway, all of the staff still currently working at the Western Fairgrounds location will be transferred to the new venue.