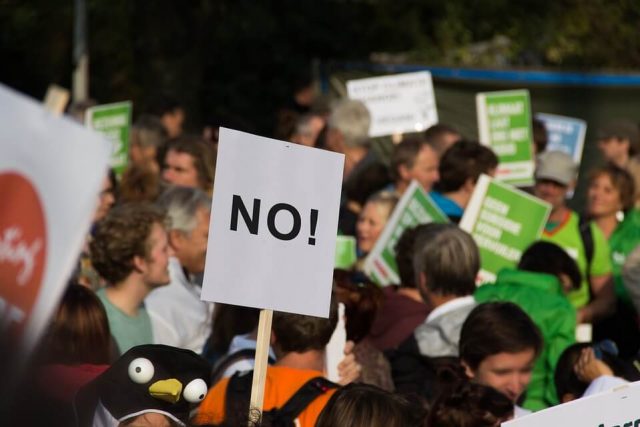 Gaming operator Gateway Casinos and Entertainment will take two workers and several individuals to court over claims striking workers at four of its venues engaged in unlawful behaviour. The operator filed a notice of civil claim at the Supreme Court in British Columbia in September.

In the notice, it was alleged that workers demanding higher wages at the Okanagan Lake City casinos went beyond the picket lines, harassed staff and guests, and otherwise disrupted operations on 29 June. The claim was brought against the United Food and Commercial Workers Canada Union Local No. 401 (UFCW), the BC Government and Service Employees Union (BCGEU), two named as John and Jane Doe, and several unnamed others.

According to Gateway’s claim notice, it obtained an injunction against BCGEU in August, but to no avail. It claimed the tactics used by striking workers grew worse after UFWC and BCGEU began joint action on 10 September.

It also alleged that those who went beyond the picket lines not only abused and insulted non-striking workers as well as members of the public, but also threatened and sexually harassed them as well. At the Penticton casino, they reportedly blocked the entrance and exit of vehicles by standing in front of them, and had tried to stop management from reaching the building.

The operator claims to have made repeated requests for police assistance at that time, but said it was told officers would not respond unless they received an official order or warning.

All Talk and No Action

More than 3 months have passed since the strike commenced in June, and the operator and union have yet to find a solution. After union members rejected its last proposed increase, Gateway sent an open letter to Thompson Okanagan Communities.

In the letter sent in September, the operator explained how its worker’s wages are structured; even going as far as stating those of new cashiers is higher than the area average. It also divulged it had offered a first-year 7.5% average increase, which, with tips, could amount to as much as CA$50,362 for the year.

This would work out to approximately CA$24.21 per hour – tips included – which the operator emphasised was higher than the CA$17.31 per hour, or CA$36,004 per year, living wage of the Kamloops area. Paid sick leave, medical, dental, and pension are also included in the package. However, it said the striking workers had rejected the offer as not being enough to live on.