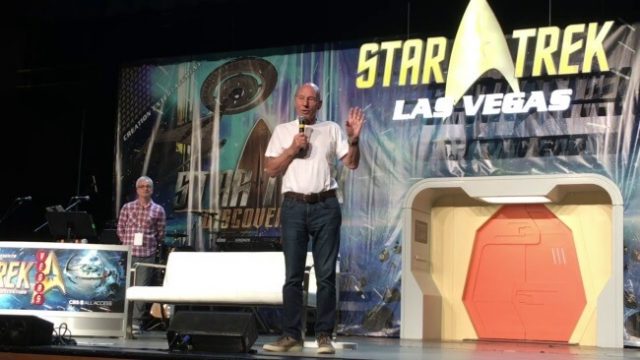 Whilst the Star Trek vs. Star Wars score will never be settled, Star Trek continues to enjoy the unwavering patronage of the some of the world’s most passionate sci-fi fans. And those fans had best listen up because they’d be interested in knowing that thanks to GameCo, creators of the world’s first video game gambling machines (VGM), has a very special treat lined up at this year’s Star Trek Las Vegas mega event.

Not only is GameCo taking the video games industry to a whole new level thanks to their part-skill-based slot games that require a measure o video gaming skill, and not just blind luck for the win, but they are also the team behind the Star Trek: Deep Space Nine – Red Alert Video Game Gambling machine. The first-ever sneak peak at the machine will be possible at the mega event, which event will run from July 31st through August 4th.

Read More… Starlight To Get Its London Home After All

To Serve The USS Defiant

GameCo describes the Star Trek: Deep Space Nine – Red Alert video game gambling machine as a gaming experience that is fast-paced and one that requires players to think on their feet as they give it their all to protect those onboard the USS Defiant and also its away-pod, the USS Yukon, from the many dangers and unexpected perils of the Gamma quadrant.

But the Las Vegas event is about much more than merely trying out a new game for good measure. GameCo has a very special fan engagement experience planned for the event; so much so that players will be able to literally be beamed into the game itself and become part of the crew – or at least their likeness will. Whoever wins, will be participating in a number of special Deep Space Nine missions, thanks to their doppelganger avatar.

Does it get any cooler than that?

In order to enter the competition, fans will have sign up with a GameCo representative who will be available at Quark’s Bar. But fans aren’t limited to a single entry only. Additional entries may be acquired by following @GameCoLLC on Twitter and retweeting the announcement post on the platform.

The idea to combine chance and skill in a single experience isn’t a new idea. In fact, developers have been playing around with various concepts for quite some time now, and players have responded very positively to the concept. GameCo has managed to successfully foray in the exciting world of the unknown and we expect to be hearing a great deal more about the stellar team in future.

Play for the BIGGEST jackpots online. Sign up at a Canadian casino TODAY!