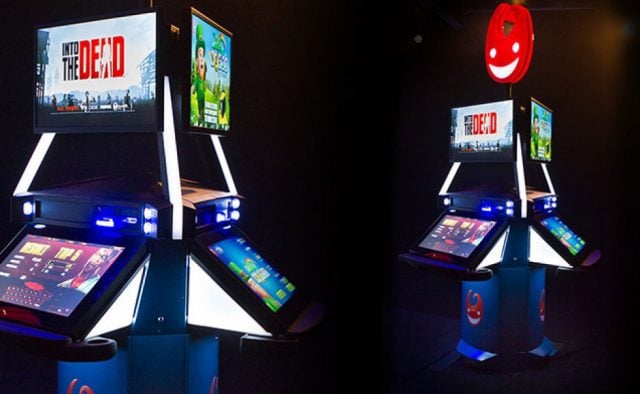 Gamblit Gaming has been hard at work developing an innovative product specifically for the discerning Canadian market. Now, the very first interactive electronic gaming experience from the developer in question has landed on local soil, getting the industry abuzz with its never-before-seen action.

Gamblit’s engaging gambling terminals have made their debut at McPhillips Station Casino over in Winnipeg, but more establishments could soon house them as well should they prove as popular as expected. Interactive electronic gaming is bringing elements of real money betting to some of the world’s most popular video games, which has many benefits from a player acquisition perspective.

When it comes to attracting the millennial generation to the world of casino gaming, operators have ploughed millions into researching what makes these young players tick. After countless studies, it has been confirmed that Millennials prefer video games to the slots and video poker machines of old, and also have a clear preference for skills-based gaming.

Gamblit’s new video gaming terminals incorporate the games that this generation loves with a monetary aspect that will bring in plenty of revenues for operators. The firm’s single player Tristation terminals allow players to choose from a variety of its top content, as well as partner games that many modern players will find familiar.

By pairing these familiar titles with the opportunity to win real money, Gamblit might have hit on a brilliant concept through which it can ensure that younger generations continue to visit land-based casinos for years to come. The element of skill involved also allows players to better their own skills to improve their winning chances, which could enhance punters’ levels of trust in casino games – an essential element to winning the loyalty of tech-savvy Millennials and Gen-Xers.

Eight titles, including the global debut versions of High Orbit and Brew Caps, are now available for players in Canada to experience. The other options on offer include Into the Dead, Deal or No Deal Poker, Match 3volution, Lucky Words, Catapult King, and Smoothie Blast, all of which are packed with immersive elements and chances to win big prizes.

As well as the initial Winnipeg installation, Gamblit’s Tristation is now also available at Harrah’s Resort Southern California, MGM Grand in Las Vegas, Planet Hollywood Las Vegas Resort, and Route 66 Hotel and Casino. Tristation’s recently acquired GLI certification and approval from the Nevada Gaming Board has helped its developer to expand rapidly across North America, and further expansions might appear in news headlines soon, too.

Want to try YOUR luck?
Play online casino games and see if you can win big!