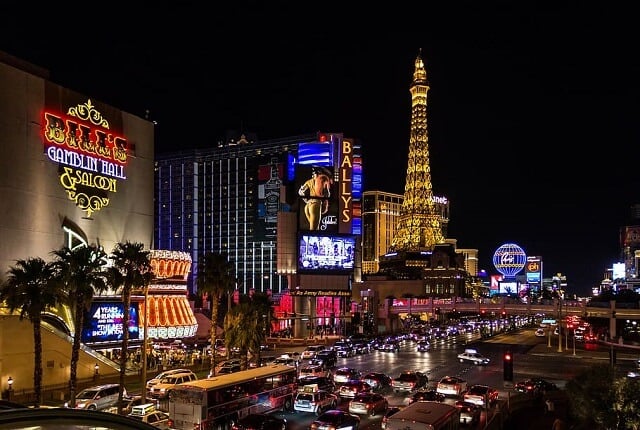 A stunning total of 6 Las Vegas casinos and gaming tech companies have made it on to Forbes’ second annual America’s Best Employers by State list.  Of the 25 openings reserved for Nevada state, 5 were nabbed by casino operators, and 1 by a gaming tech provider. This according to the list published by the media giant on August 25.

Highest up on the list of bests and coming in in 6th position is Wynn Resorts. Hot on Wynn’s heels is The Cosmopolitan (Las Vegas), which ranks 8th. Las Vegas Sands hits it up in 14th position, with International Gaming Technology (IGT) doing the same at position number 16. Ranking it up at number 22 is Westgate Resorts, followed by Boyd Gaming Corp, which ranks 24th on the famous list.

Wynn’s appearance and position on the best-of list is impressive, to say the least. The operator is fresh off a few challenging years marked by a sexual allegations storm that in early 2018 led to the resignation and departure of founder and former CEO Steve Wynn.

Wynn Resorts however good and proper made up for the controversy by paying nearly $250 million in wages and benefits to its 15,000+ employees during the absolute height of a particularly challenging time.

As for Las Vegas Sands, it is the opinion of chief executive officer and chairman Sheldon Adelson, that the inclusion of the casino operator on Forbes’ list validates the brand’s reputation of being a global leader in entertainment, hospitality, and also business. Adelson issued a press release shortly after the publication of the best-employers list.

The Cosmopolitan’s appearance on the list isn’t at all surprising. The brand has been winning awards ever since the hotel and casino brand first opened on the Strip in 2010. And the same goes for Westgate’s Las Vegas Resort and Casino – not to mention even the company’s Flamingo Bay Resort in Las Vegas.

Boyd Gaming Corp., ranked in 24th position, employs roughly 25,000 employees across its 10 Las Vegas hotels and casinos. The company is often mentioned in best-of circles and has a long-standing reputation of attaching a great deal of value to its employees.

The lone gaming company to have made it onto the popular list needs no introduction whatsoever. IGT is of course a world-renowned manufacturer and distributor of slot machines and Lotto support systems.

Some 80k American employees took part in the anonymous survey used to compile the aforementioned list. The survey was conducted between October last year, and May of this year.

Play at the BEST casinos ONLINE! Sign up and claim YOUR bonus.