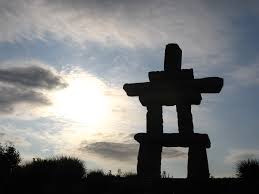 In multiple provinces, the provincial governments have entered into agreements with First Nations which give them the rights to develop casinos on First Nation lands. “First Nations” refer to various aboriginal peoples in Canada (not including Inuit or Métis peoples) — descendants of the original, native inhabitants of the land. These nations have agreements with the Canadian and provincial governments that allow them a great deal of autonomy in their powers to govern members of their nations and decide what they can do on their land. Currently there are 634 recognizedFirst Nationsgovernments or bands in Canada. Approximately half of these nations are located in Ontario and British Columbia.

In an effort to develop economically, Canadian First Nations started to campaign for the right to operate casinos on their tribal lands. They claimed that they had aboriginal rights, under Canada’s Constitution Act, to offer gambling since gaming had been a part of their culture prior to Europeans arrival in Canada. They pointed out that traditionally, tribes once engaged in different types of gaming — archery, shell games, and that casinos and “for-profit” gambling activities were a continuation of those pursuits. In 1996 the Canadian Supreme Court ruled that commercial gaming was not an integral part of First Nation culture but the Canadian government entered into agreements with First Nation communities that allows them to operate their own gambling sites. As per the Supreme Court’s ruling however, provincial approval and oversight is required for any gambling-related ventures in Canada.

Once provincial approval is given for the establishment of a casino, a First Nation can establish its own gambling venues as well as its own gaming commission. The First Nations collect a portion of the profits as well as some of the profits that the provincial government makes in other gambling revenues from other gaming enterprises located throughout the province. Dozens of First Nations have signed agreements with their provincial government that facilitate the operation of casinos on their lands and share gambling revenues.

Alberta sees the most profits from its First Nation casinos, followed by Ontario, Saskatchewan, Nova Scotia, Manitoba and British Columbia. The First Nations of British Columbia compete with the largest number of corporation-operated casinos so it makes sense that their casinos would generate the least amount of profits.

In a University of Calgary study, researchers attempted to gauge the successes of First Nation Casinos in Canada. They examined two key issues in the Canadian gambling industry — that the gambling industry is an inherently negative and destructive force and that social problems, which are endemic in First Nations/Aboriginal/Métis communities, make it difficult to operate profitable casinos in those area.

The study showed definitively that the First Nation Casinos improves the employment options in the locales in which the casinos were located, provides funding stability and a consistent revenue stream, enhances localized business development, enhances community infrastructure, opens investment potential, provides political and social employment and does not contribute to any discernable increase in problem gambling or crime.

Members of First Nations would like some of the myths about the tribal casinos to be dispelled.

One myth that is particularly disturbing to First Nation members involves the belief that every member of a First Nation collects money from its community’s casino profits and everyone who wants a job at the casino is assured of one. Yet most Nations don’t operate casinos. Of those First Nation communities that would like to open a casino, the rural and unpopulated geographic locations in which many Native nations are located make opening a casino venue impractical. In addition, the belief that “every community member has a job” is ridiculous — unemployment among First Nation members is much higher than that of the Canadian population at large. First Nations that do open casinos do so to generate employment but many jobs, especially those in the top rung of the casino, go to non-native employees. Most of the jobs that are held by members of the tribes are low-paying an lag behind national wages for casino employees in large cities.

Also, obviously, not every tribal resident receives money from casino profits. Gaming profits may be used only for social programs, to improve local infrastructure and to develop education opportunities, and provide social programs for the people.

Do Canadian First Nations casinos provide maximum benefits? In an appraisal of First Nations casinos in Ontario, Saskatchewan, and Alberta, Yale Belanger of the University of Calgary wrote that significant revenues are actually directed out of First Nation communities and into the province’s general treasuries, reducing the possible positive economic impact that the casino might have had on the community. Secondly, allowing rural First Nations to open casinos has not been successful, as these locales draw fewer clients and offer little gain to the community.