Exec in Hot Water Over BC Casino Probe

SHARE
Facebook
Twitter
Certain critics have alleged that British Columbia’s probe of casino money laundering has been compromised as reviewer Peter German sits on the same board as the GCGC executive who is behind River Rock Casino’s troublesome VIP gambling program.

However, in an exclusive news interview, German has categorically stated that there has been no conflict, despite his controversial decision not to probe the executive behind River Rock’s multi-million-dollar VIP business, Walter Soo.

German, a well-known lawyer and former executive of RCMP, was employed by Attorney General David Eby late last year to launch a probe into BC Lottery-operated casinos. This move was made shortly after an audit revealed that around $13.5 million’s worth of $20 bills was accepted at GCGC’s River Rock Casino in mid 2015.

Canadian police have hypothesized that the bulk of the cash was supplied to Chinese high rollers by drug traffickers that had clear links to organized crime in the Asian nation. German has since confirmed that River Rock was indeed at the center of a Macau-style fraud scheme, in which foreign criminals laundered huge amounts of cash at River Rock’s private high roller betting rooms.

As the executive vice president of player and gaming development at Great Canadian, Soo has created River Rock’s high limit gaming program, and is responsible for attracting and maintaining relationships with high-stakes overseas gamblers.

During a news interview, German was questioned about his relationship with Soo, along with whether he should have disclosed this relationship and interviewed him for his report. German responded by stating that he is a member of the Oval Corporation Board, as is Soo, and as soon as he was appointed, Soo made it clear that the two issues should not be confused, so German did not interview him. 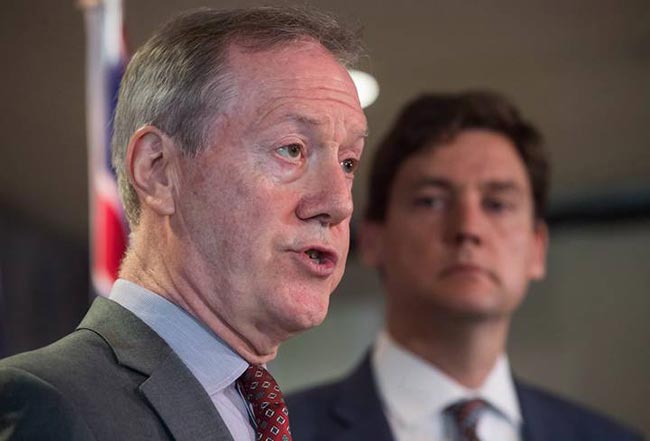 BC Security Experts Wary of German

According to German, if he had wanted to speak to Soo, he certainly could have, noting that this would have taken place separately from the two businessmen’s board interactions. However, he did not feel it necessary to question him, so he did not. German did, however, reveal that he interviewed his superiors; thereby gaining all the info he needed for his report.

When asked to disclose to David Eby his relationship with Soo, German stated that there was no conflict to report. In his report, the lawyer also praised GCGC executives for being professional and forthcoming. However, former Great Canadian security manager, Proka Avramovic, has pointed out a few problems in German’s relationship with Soo.

Avramovic believes that German’s whole report is compromised due to his leaving out Walter Soo’s testimony. He does not believe that German can be trusted, as he omitted a vital interview with one of the casino business’ key players – and former Crown prosecutor Sandy Garossino shares this sentiment. However, despite widespread suspicions, no allegations of unlawful activities or illicit transactions have been made against Soo to date.

Explore the exciting world of 888Bingo!