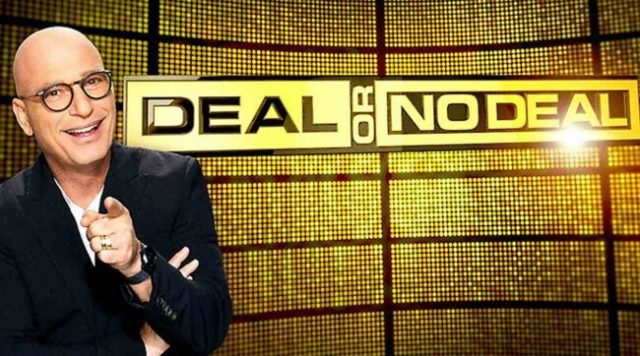 Most of us are familiar with the highly popular television game show Deal or No Deal. But many of us realise that we have not the chance of a snowflake’s survival in Hades to ever make it onto prime-time TV, let alone leave with millions in the bank; or rather, millions in the briefcase thanks to the bank.

Well, that is all about to change thanks to the brilliant team of developers at Evolution Gaming. The live casino specialists recently announced that they will be launching a live casino Deal or No Deal game soon. Much like the contestants on the popular television show, players will have the opportunity to work their way through a selection of levels in the hopes of sticking it out until the very last and making it all the way to the final briefcase.

Evolution To Do The Brand Justice

It would be near impossible to name any developer more able to do the show justice in the online casino arena. Evolution Gaming’s propensity to always stick to the theme as far as possibly is a big part of their success in the live dealer market so far. They are renowned for spending a lot of time on detail and superb functionality, and players aren’t left stuck with the notion of just having read a very poor and sloppy novel where most of the characters were either killed off in the last few pages or brazenly left hanging.

And according to Evolution Gaming’s Chief Product Officer, Todd Haushalter, rich and realistic content development will always enjoy top priority. The primary goal, said Haushalter in a recent interview, is to remain true to the television game show. People fell in love with the show for specific reasons, and if those elements aren’t incorporated “as is” into the live dealer game, then it will in all likelihood not enjoy the same passionate fan following.

The other tricky bit, said the Chief of Products, will be to transform the essence of what a television show represents, into a live dealer casino game. But then again, as far as what game shows go, live dealer style titles are undoubtedly the best bet in order to bring Deal or No Deal into the online casino environment.

Deal or No Deal is one of 10 new titles set to be released by the developer over the course of the next couple of months.