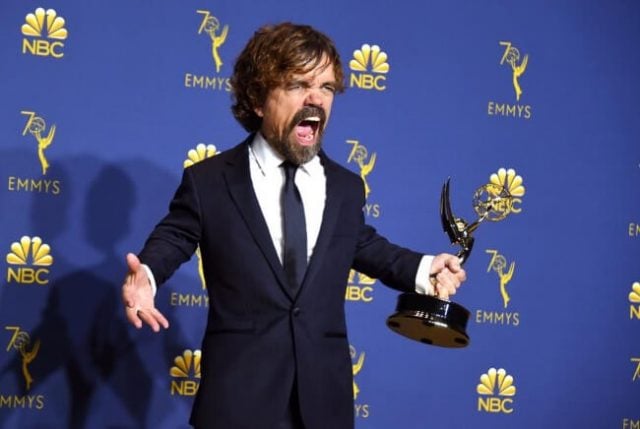 Betting is so much fun that it would be absolute folly to stick to horses only. And so of course, we don’t. We bet on everything from newborn royal baby names to when next Trump will come up with a brand new word on Twitter. And of course right now, we’re betting on the Emmy Awards. Its no surprise that bookmakers have revealed that if HBO smash hit of the decade Game of Thrones were to rake in more than 8.5 awards from the 32 nominations received for the 2019 Emmy Awards, most bet categories will be satisfied.

The Emmy Awards recognise the best in prime time television in the US and this year’s category winners will be announced on September 22nd. Despite the fact that Game of Thrones fans recently demanded an entire re-write of the final season of the television production of the century, the show is bound to rake in its fair share of accolades. Its 32 nominations had to have come from somewhere, after all.

Another production receiving a heads-up from the bookies is the provocative limited series, Chernobyl. According to 888, Chernobyl’s best chance of success is in the category “Outstanding Limited Series”. 888 have gone all in on Chernobyl by wagering the odds at 3/5. But bookie William Hill disagrees. The sports betting giant has released a more conservative 10/11, and has instead identified When They See Us a firm favourite bound to out-perform Chernobyl.

Thanks to the smash hit Killing Eve, starring Sandra Oh and Jodie Comer, the Brits may have their moment in the sun too. Bookies have selected Sandra Oh as a firm favourite for winning the “Outstanding Lead Actress in a Drama” award. 888 has in this regard gone all in with a 1/3 likelihood.

Against All Odds Can Be Good

A vote in favour of betting against the odds was cast thanks to Richard Madden not having received as much as a single nomination for his superb performance in Bodyguard. Quite surprising indeed, because Madden received a Golden Globe award for having played the character of PS David Budd.

On the upside, at least there won’t be more money lost on the off chance of Madden actually winning an Emmy to go with his globe of gold.

Love betting? Back who YOU think will win an Emmy and claim YOUR OWN win too!