Durham Live in Pickering Ontario Goes Up Against Ajax Casino 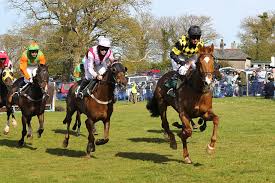 There’s a big fight brewing between gambling proponants in Ajax and Pickering Ontario, where both towns are vying to claim the title as the area’s gambling centre.

In January 2015 the Pickering city council voted 6-1 to give final approval to a zoning bylaw which would allow Pickering Developments to proceed with its development plans for the Durham Live Entertainment Center. Durham Live is envisioned as a 220-acre, mega-entertainment tourist destination. If the Ontario Lotteries and Gambling Corporation approves the second part of the plan, the venue would also include a large casino site.

A 2014 referendum shows that 60 percent of Pickering residents support the plan, including plans for the casino centre. Much of the support is due to the expected economic benefits that such a development would bring to the region — an economic impact assessment that was submitted by developer Pickering Developments Inc. estimates that 7,500 to 12,000 direct jobs could be created by the centre with annual municipal tax revenues of approximately $50 million.

The complex is planned for the area around Bayly and Church streets. Entertainment venues would include a resort casino, hotel, an outdoor amphitheatre, a convention and conference centres, state-of-the-art cinemas, an indoor water park, world-class restaurants, bike paths, nature trails and a large array of other commercial uses.

All of this comes at a time when the Ajax Downs, in nearby Ajax Ontario, has its own plans for expanding their existing horse racing and slots activities with more casino offerings.

Ajax officials worry that, if the Pickering project moves ahead with OLG approval, it may signal the end of the Ajax Downs. OLG has modernized and, as part of that movement, has divided Ontario into regions, with a stipulation that only one casino be allowed in each region. If the Durham Live gambling centre is given the go-ahead as the approved casino for the C3 region, Ajax Downs won’t be able to continue with its own slots activities, much less expand into a full-fledged casino site.

Ajax has opened its fight against Durham Live by appealing the zoning bylaw, approved by Pickering, which would pave the way for building the entertainment centre. The centre would be established near the Pickering-Ajax border, so the official objection rests on the traffic problems that Ajax anticipates. But the underlying concern is the impact that a Durham Live casino would have on Ajax Downs.

Since it opened in 2006, Ajax Downs has brought the Town of Ajax $46 million dollars in revenue. Pickering Mayor Ryan, who promotes Durham Live as an income generator for the entire region, says of Ajax Downs, "Not one penny has gone beyond the Town of Ajax." He anticipates an estimated 15,000 to 20,000 new jobs coming to the Durham region which would include Ajax residents. "This tourism destination will live up to its namesake, Durham Live, because it's not about Pickering, it's about all of Durham Region," he said.

-All Slots Casino offers the top Casino Entertainment in Canada –

In May 2015 the two companies that operate Ajax Downs, Picov Holdings Inc. and Picov Cattle Company, filed plans to expand the Ajax casino. They want to triple the slots and add another 200 gaming tables to the site. In filing these plans Picov Holdings and Picov Cattle Company hope to to forestall plans for the Durham Live casino, since, under its new rules, the Ontario Lottery and Gaming Corporation will select only one gambling center in the C3 zone. The C3 zone encompasses both Ajax and Pickering (as well as Whitby). Three to five prospective operators will bid to operate the OLG-approved facility, with potential operators for the Ajax Downs and Durham Live sites in contention. The final decision on the operator won't be finalized until late 2016 or early 2017.

Even though the Ajax facility is located in Ajax, Mayor Ryan of Pickering believes that Durham Live will be more beneficial to the entire region, as well as to Ontario, than an Ajax expansion would prove to offer. He points out that, in the Ajax project, the casino is only one aspect of the complex while the Pickering proposal encompasses much more.

Ajax proponents point out that, if Ajax Downs is allowed to expand, Durham Live plans could still proceed, though without a casino. “The site is being looked at by OLG. The planning requirements don't allow a casino," Mr. Allore, representative of Ajax Downs said. "They started their background studies. If selected, the planning position would be in place. I think they're doing their due diligence, in the same manner as Durham Live has done in Pickering." If the Ajax Downs expansion is approved, the town of Ajax could expect to receive between $9.5 million and $12.3 million per year as a host community.

On the other hand, Allore says that if Ajax loses the slots, the future of the quarter-horse racing at the racetrack could be negatively impacted as well. Durham Region is the heart of quarter-horse racing and the Ajax Downs pumps about $56 million into the economy, and provides 1,700 jobs.

According to a 2009 AECOM report, Ajax Downs slots have proven to be a strong performer in terms of revenue per machine per day. If the OLG allows Ajax Downs to expand, annual visitation grown is expected to increase from the 1.74 million in 2012 to 2.67 million."

Presently, in addition to the daily live quarter horse racing, Ajax Downs features 800 slot machines and the Getaway restaurant which is open for breakfast, lunch and dinner.