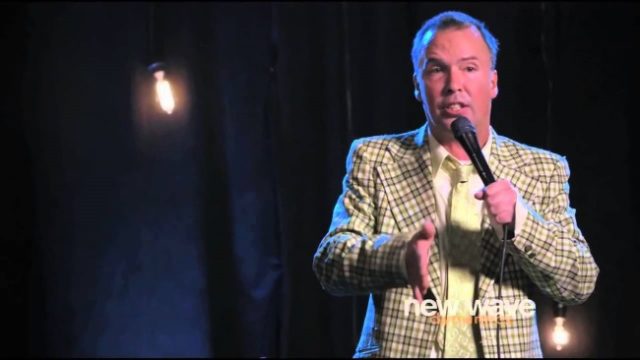 US comedian Doug Stanhope has by his own submission been banned from entering any of Caesars Entertainment’s properties worldwide. Stanhope recently took to social media to rant about the fact that the entertainment giant had addressed to him a letter informing him of the wide-area ban and also claims that the ban is the result of his having written a one-star rating of the Rio on TripAdvisor and Yelp.

Stanhope had supposedly stayed over at the Rio All Suite Hotel & Casino in February and had been so shocked by the poor service and general feel of the experience, that the comedian had shortly thereafter vented about the shocking nature of it all. Stanhope, by way of explanation as to why a one-star review was decided on and not a two-star review (one-star reviews are considered to be appropriate for near-uninhabitable venues only), said that he had decided to run with a single star because nobody reads a two-star review anymore. Stanhope appeared to be playing on the fact that a two-star review would not be sensational enough to be considered read-worthy.

Read More… MGM To Sell Off Bellagio And MGM Grand

Letter Yet To Be Verified

The letter could have been addressed to Stanhope for any variety of reasons and it would be unfair to assume the entertainment group to be in the wrong simply because of a claim made by a public figure. The letter; the legitimacy of which has not yet been verified by any unbiased source; supposedly claims that the ban is the direct result of inappropriate conduct on the part of Stanhope.

Aside from the fact that the letter has not yet been confirmed as dinkum or even existing at all, even if it were real and does indeed contain everything claimed by the comedian to be true, there could very well be a legitimate alternative reason for Stanhope no longer being welcome at the group’s hotels and casinos.

Rio Not What It Used To Be

But whether real or not, Stanhope’s version of the events details some of what was written during his review, and it would certainly be a crying shame if any of it were based on fact. Stanhope describes his experience of staying over at the Rio as something akin to a nightmare in anyone’s books.

He compared the stay-over to owning an old and dilapidated 1986 Ford Tempo that is by now driving on “rusty rims” and is held together by “gaffer’s tape and surgical mesh”. The long and the short of the comedian’s review is that the Rio isn’t what it used to be and that not even its employees wanted to be there.

Bet with the BEST! Choose from Canada’s leading casinos and sportsbooks ONLINE!