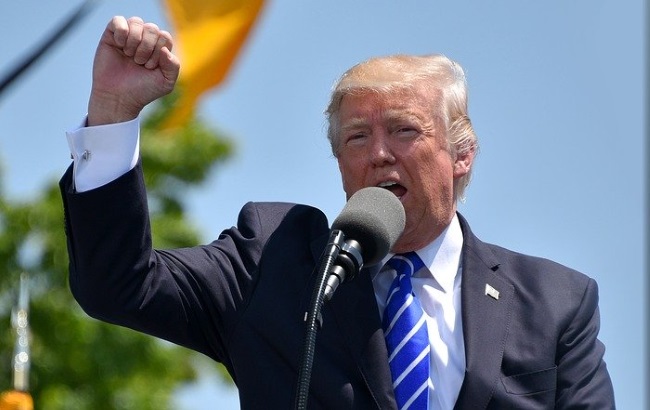 It’s seemingly unachievable to even begin to imagine what $400,000 would look like when laid out on a table in $100 bills. That’s four thousand $100 bills, to be exact. It also happens to be how former San Francisco 49ers owner Edward “Eddie” DeBartolo Jr. “paid” for a Louisiana casino riverboat licence back in 1998. DeBartolo after having been discovered to have paid the bribe in order to secure the licence, had no other option but to spill the beans, as it were.

The reason for DeBartolo’s James Bond-style way of paying for the licence was that of his having supposedly been extorted to do so by the at-the-time governor of Louisiana, namely Edwin Edwards. And even though the former 49ers owner wasn’t made to serve any time behind federal prison bars, he was immediately barred from being allowed to own the team. But that was “then” and this is now, and President Trump has just for reasons mostly only known to him(self), granted full presidential pardon to DeBartolo.

Scandal Was Big News In The 90s

The scandal relating to the NFL man’s involvement with casino licence bribery made it into newspapers all over the world during the 1990s. It was regarded as huge and eventually left DeBartolo with no other option but to withdraw from the casino riverboat project. Shortly after the info leaked into the public domain, the former 49ers owner was served with a subpoena to testify about the supposed bribe before a grand jury.

He eventually entered into the legal proceedings a plea of guilty. This resulted in a $1 million fine; a huge sum of money back in the 90s; as well as a 2-year probation period. He furthermore agreed to testify against former governor Edwin Edwards as well as against Edwards’ son, Stephen.

Former state Governor Edwards wasn’t released nearly as lightly from the hook as what had been the case for DeBartolo and was eventually slapped with a 1999 conviction that consisted of having been found guilty on 17 counts of conspiracy as well as various counts of extortion, racketeering and fraud.

That DeBartolo was guilty of much more than the initial charge of having “failed” to report a bribe is something quite obvious but respectfully ignored by many. This was after all the same man responsible for now fewer than 5 49ers Super Bowl victories. Several former NFL players and legends have since the pardon voiced their support in favour of the decision on the part of the president. Former players in attendance during the announcement by the White House included Ronnie Lott, Jim Rice and Charles Haley.