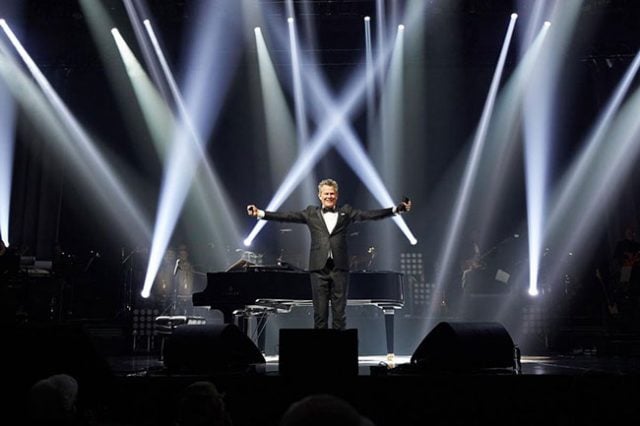 Grammy award-winning musician and producer David Foster will soon be launching his first tour on home soil, kicking off on June 3, 2019 in Montreal. The Canadian native also launched his very first US music tour in nearly a decade last year.

The musical legend will be bringing his smash hit An Intimate Evening with David Foster – The Hitman Tour to Canadian audiences with a stop at Casino Rama Resort. He will be playing at the resort on the evening of Friday, June 7 at 9pm local time.

A Music Legend is Back on Tour

As mentioned in the name of the tour, the concert will come as an intimate evening of music and entertainment with one of the strongest forces in the industry. The 16-time Grammy winner will perform songs he has written or produced over the course of his four-decade career, while also sharing interesting stories behind the artists, muses and songs of his lifetime.

Some of his hits are set to include Whitney Houston’s The Bodyguard, Celine Dion’s Because You Loved Me, Chicago’s You’re The Inspiration, Earth Wind and Fire’s After the Love is Gone, and Josh Groban’s You Raise Me Up. Also on the schedule are Home by Michael Buble, Unforgettable by Natalie Cole, and many more.

During the span of his amazing career, Foster has created a reputation for himself as one of history’s most successful composers, songwriters, and record producers. For his expansive work in the music field, he was won 16 Grammies, 6 JUNO Awards, an Emmy, a Golden Globe, and no less than three Oscar nominations in the Best Original Song category.

Back in 1998, Foster was also inducted into the Canadian Music Hall of Fame. A few years later in 2002, he was also added to the CA Walk of Fame, and by 2010, he had his name in both the Canadian and US Songwriters Hall of Fame as well.

Then in 2013, Foster was given his very own star on the iconic Hollywood Walk of Fame. His own gilded star was even placed next to that of some of music’s other unforgettable icons: the Beatles’ George, Paul, Ringo and John. In March this year, the Canadian Academy of Recording Arts and Sciences will be adding another accolade to David’s long list by awarding him the 2019 Humanitarian Award at this year’s JUNOs.