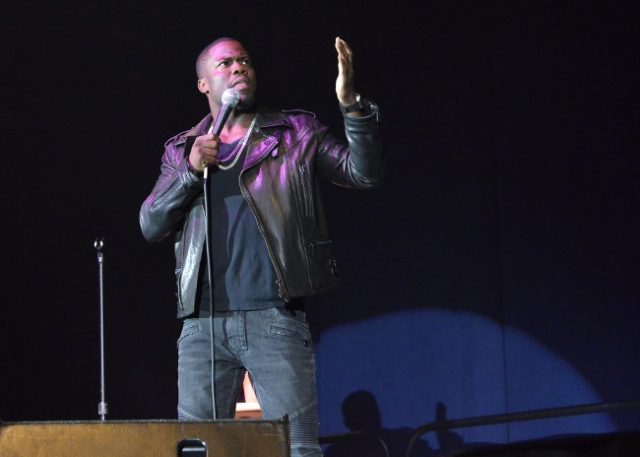 If it’s true that there is no such thing as bad publicity, then model Montia Sabbag has just done the Cosmopolitan in Las Vegas a big old favour. An outraged Sabbag has added the famous Vegas hotel and casino to her little black book, as well as to the list of respondents relating to her lawsuit against actor/comedian Kevin Hart and the man supposedly guilty of having filmed Sabbag and Hart having sex in a hotel room back in 2017.

When the scandal first broke shortly after the incident, Jonathan Todd Jackson, a man who had once been a friend of the actor’s, had supposedly tried to extort money from Hart by threatening to publish the sex tape featuring Sabbag and Hart on the Internet. Hart had supposedly at the time refused to pay up, which in turn had led to Jackson making good on his threat.

Sabbag, who had at one point following the release of the footage into the public domain been accused of having been involved in the extortion, made it quite clear that she was neither extortionist nor stripper, and that everything that had been written about her involvement in the supposed money-making scheme had been a lie. The model pointed out at the time that she was a recording artist and actress.

But Sabbag has obviously decided that squaring it off with Hart and Jackson isn’t enough as the model has now added the name of the Cosmopolitan to the list of guilty parties because of the fact that the hotel had allowed Jackson into the room where she and Hart were staying on the night in question.

Sabbag may appear to be clutching at straw in an attempt to create some traction for the $60 million lawsuit, but the model has gone all out on the support network, having enlisted Lisa Bloom to fight the legal battle on her behalf. This is the same Bloom who had gone after now-deceased billionaire and alleged sexual deviant and pedophile Jeffrey Epstein on behalf of two of his victims, as well as having been the legal representative for one of the women who had accused former Wynn Resorts CEO and founder Steve Wynn of all sorts of sexual harassment shenanigans.

To want to involve the Cosmopolitan in the lawsuit is nothing short of ridiculous, but then again, all bets are off as soon as Hollywood enters into the picture.

Ready to play the BEST casino games online? Canada’s top casinos are waiting for YOU!