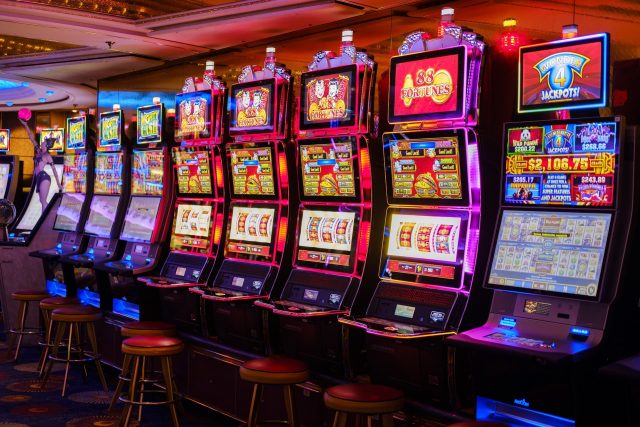 Most of us are familiar with the term “cognitive distortion”. Magicians refer to its effects as sleight-of-hand and its generally accepted that this kind of visual deception only works because of each person having a number of cognitive “blind spots”. This is all good and well when visiting a magician’s performance or looking on as someone performs tricks on the streets. However, when it comes to video lottery terminals, people do not remain quite as neutral on the subject. Because now, suddenly there is money on the line. Money guaranteed to be lost and not won.

But what does tricking the mind have to do with VLT’s, you may ask? More than you would think, according to a class action lawsuit filed against the Atlantic Lottery Corp. (ALC), by one Douglas Babstock and Fred Small.

VLT’s Not Games Of Chance

Babstock and Small first instituted a grievance against ALC in 2012, when they filed papers with a local court arguing that VLT’s, unlike typical slot machines or Lottery games in general, did not subscribe to the code of fair games of chance and were in actual fact in contravention of the country’s Criminal Code.

In their filed arguments, they described Video Lottery Terminals as being deceptive by nature as well as inherently addictive and therefore also dangerous. In fact, they went on to liken VLT’s to the familiar gambling game, Three Card Monte, which at first appears to be a simple game testing one’s memory, with the onlooker having to visually track a card that is being moved around. In the game of Three Card Monte, often presented by street-magicians and even walk-about con artists, sleight-of-hand is used so that the person following the card with his or her eyes never actually has a winning chance.

It’s all just trickery of the mind.

Class Action Next In Line

The two plaintiffs are now another step ahead of the game, thanks to the Newfoundland and Labrador Court of Appeal having ruled that the arguments brought before Court are valid and deserve to be heard. In fact, so convinced is the Court of the possible merits of the facts, that permission has been granted for a class action suit to be filed.

Very good news for the plaintiffs, but very bad news for the Atlantic Lottery Corp. According to Toronto lawyer Kirk Baert, there is no malice involved on the part of the plaintiffs. Baert pointed out that the very reason that sleight-of-hand trickery aimed at tricking people out of their money is outlawed by the Criminal Code is so that this kind of theft – because that is exactly what it comes down to – may be curbed. There was no sense in allowing technology to now assume the role of street con artists.

The ALC insists that VLT outcomes are decided completely at random.