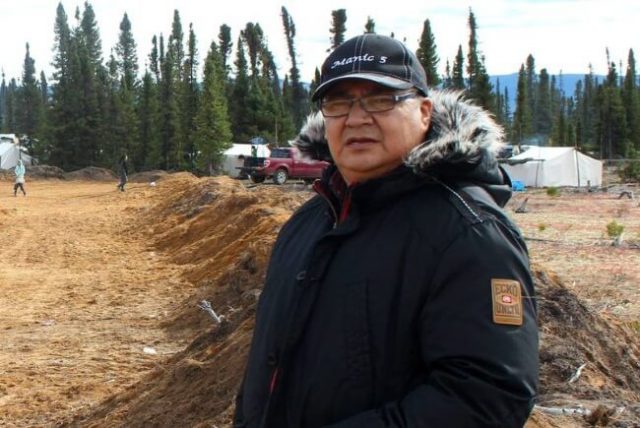 Unlicensed operators are under no circumstances permitted to offer gambling or betting opportunities to anyone present at any given moment within Canada’s borders. Illegal gambling isn’t only dangerous because the people who operate the games are accountable to no one; but its also extremely unfair towards those operators who have jumped the hoops to get the required licenses and are paying regular taxes for the privilege of making use of those licenses.

The taxes contributed by operators are put to good use in local communities and in aid of charitable organisations and operators attempting to trade without a licence are in essence stealing from those who do good work in society. All of this is perhaps why the allegations brought against Sheshatsiu Innu First Nation’s former Chief Andrew Penashue came as a huge shock to many. Penashue is being investigated for having operated an illegal gambling den.

Penashue has denied all allegations regarding his involvement with unlawful activities, despite the incrimination evidence that has been brought against him. He recently appeared before the court in Happy Valley-Goose Bay and has pleased that he has never supervised any form of gambling and moreover, that he was most definitely never the mastermind behind an unlawful den.

The fact that various VLTs, a Bingo machine and even an ATM; for quick and convenient access to cash of course; were found to be present at a location under the control of the former chief is going to be tough going to explain away. In addition to having been charged under the country’s criminal code for having run an illegal gambling den, he is also being charged for having contravened the Lottery Act.

To make matters even worse, there is currently a class action lawsuit application pending against the Atlantic Lottery Corporation in connection with VLTs, and as such, these are already the making of a whole lot of controversy as it stands, let alone being operated without a licence.

In total, the ex-chief will have to answer to the court on a total of 9 charges. This will be no laughing matter, as illegal gambling and Lottery activities are considered serious offenses by local courts. Penashue is due back at court on July the 2nd for the court to have its say about which of the charges are to go ahead against the disgraced First Nations former leader.