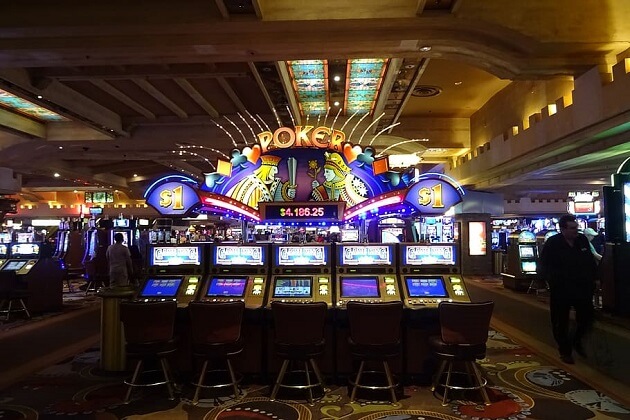 A potentially exciting new development could be coming to the city of Chicago. And if Chicago Mayor Lori Lightfoot were to have her way, it would be nothing short of a casino resort straight out of the pages of Sin City Las Vegas.

Currently not home to even a single of Illinois’ ten casinos, if Chicago were indeed to get its own casino development, it would be the city’s very first. Lightfoot recently revealed to the Las Vegas Review Journal (LVRJ) that the city will as early as next month begin issuing invites to casino companies interested in pitching their ideas.

According to comments released early last week, Mayor Lightfoot believes the sky to be the limit for a casino local to the city’s own limits, and that what’s more, she hoped to see interest from Las Vegas operators in taking up local Chicago residency once the invitational bidding processes open.

Read More...Millions Of Canadians Betting It Up In Vegas

Chicago’s casino journey is of course nothing new. Illinois Governor J.B. Pritzker already back in June 2019 approved a massive US$45 billion infrastructure plan for initialising a casino development bidding process.

The so-called Rebuild Illinois initiative paved the way for a total of five land-based casinos to come to Chicago’s suburbs – these in addition to a full-blown casino resort planned for downtown Chicago City.

So eager has the state been to increase a widespread interest in the exciting new Chicago casino project, that Illinois lawmakers last year lowered state taxers for casino operators from an average of 72%, being the highest gaming tax rate in the U.S., to an all-time record low of 40%.

The Many Benefits On Offer

But according to Mayor Lightfoot, more than just lower taxes acting as an incentive to draw land-based operators to the famous city, what would act as a further drawcard is the fact that a local casino market would have a tremendous amount to offer from a local demographic as well as a tourism point of view.

A definite additional perk is that Illinois gaming legislation allows for casino operators to open and run a temporary casino for up to 3 years (36 months) before taking a final decision as to whether or not to forge ahead with permanent residency. This allows operators to turn a profit even while resorts are still in development and being constructed.

Since sports betting – both mobile and retail – is fully legalised in Illinois, operators now have every reason in the book to make their bids to become a part of Chicago’s new gaming future.

Find the BEST casinos ONLINE. Sign up and play NOW!