Chances Casino Does Its Bit For Food Aid 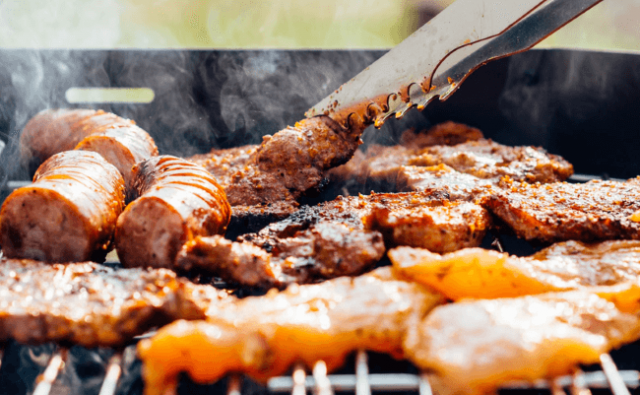 There’s nothing quite like good food to set the mood; and that goes for every occasion imaginable. Abbotsford’s Chances Casino had the right idea this Canada Day when visitors were motivated to support Gateway Casinos & Entertainment’s special food bank fundraiser day with just about the best incentive under the sun – a full pancake breakfast in the morning followed by a delicious BBQ meal later that afternoon.

Those eager to partake in the early morning festivities simply had to contribute a non-perishable item to the cause and in return, received a fantastic full-on pancake breakfast to start the day. The late-afternoon BBQ was a choice between a hotdog, cool drink and chips or a tasty burger, cool drink and chips. Outdoorsy food fans turned up in their drones to hand over the measly fare of $6 per person for a plateful.

All of the food and funds were raised for the benefit of the Abbotsford Food Bank.

Read More… 5% Purse Increase To Up The Race Numbers

This Year Was Better Than Ever

This year’s event was a special one. Chances Casino has been hosting the fundraiser for the past 8 years and this year’s CA$1,785 was the most money ever raised in favour of the local food bank at a single event at the casino.

But perhaps even more heart-warming is the fact that Gateway managed to collect at least 1,000 pounds of non-perishable foods. This too, is a record-stomper.  More than 3,000 people rely on the food donations received from the local food bank and it’s good to know that the operator has its heart and soul in the right place and is eager to help those who aren’t currently able to help themselves.

A Big Thank You To Gateway

Many Canadians are; for a variety of different reasons; without a steady income, and are not able to buy the food items needed on a daily basis. The country’s food banks; and they are many in number; rely heavily on donations received from members of local communities and businesses to help plug the many holes caused by poverty.

Gateway is but a single operator in sea of others but its casinos really do go above and beyond what is expected of them. Local municipalities would sorely miss the help received from the country’s casinos and charitable organisations in the event that the aid were to, for whatever reason, fall away.

Gateway has on many previous occasions expressed its gratitude towards its own players for loyally supporting its special charitable causes and events.