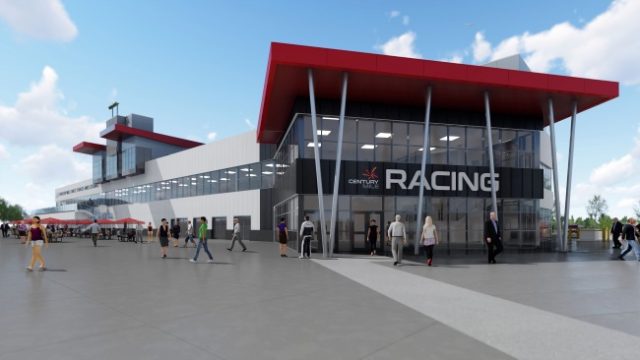 The province of Alberta has entered an exciting new phase in terms of internal development to its infrastructure, as well as having started on a new chapter that holds much promise for new income possibilities. Those who have been following local news headlines will know that the city of Edmonton has just welcomed the brand new Century Mile Racetrack and Casino with the grand opening having taken place on Monday past.

It really was a momentous day and city-dwellers and even those just passing through gathered in their drones to witness the official opening, hoping to be the very first to have the honour of seeing for themselves everything that the new venue has to offer. Needless to say, the raceway did not disappoint and the atmosphere was simply charged with excitement.

Significance Down To The Day

Century tells the story of how it has been preparing for the grand opening day for many years now, and just in case, like us, you were wondering why a Monday was chosen as the ideal day for a grand opening, then it’s because even the day marks a significant milestone for the popular operator.

On Monday, it was exactly four years to the day since Century Downs in Calgary opened its doors to welcome its very first guests and patrons. It was an event every bit as magnificent and spectacular as Monday’s grand opening, and the fact that the operator was able to, at least for a moment, press and hold repeat on one of the most significant moments in its own history, made cutting the ribbon all that more meaningful and special.

And really, any given day is a perfect day when playing host to such a wondrous occasion. Even a Monday!

A new day has dawned for Century and its new racetrack and casino venue consists of 3 floors spanning 89,700 square metres of entertainment bliss. The location replaces the much-loved Northlands Park Racetrack and Casino, and so the attendees at the grand opening were eager to catch a glimpse of what the future may hold for decade-long supporters of Northlands.

If one thing’s for sure, then it’s that there wasn’t a hint of disappointment to be found on the day. Everything went perfectly according to plan and the opening is considered to have been a fantastic success.