Casinos in Japan -- Moving Ahead 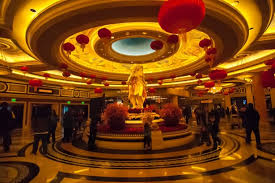 By 2023, if all goes as expected, there will be Japanese legalizedcasinos with all of the casino amenities that gamblers have come to expect from luxury casino venues located around the world. The Japanese government has never had a comfortable relationship with gambling and until this monthmost forms of gambling wereconsidered illegal in Japan. All that changed when the Diet, the Japanese Parliament, voted to allow casinos to operate legally in the country. 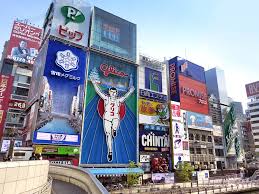 The decision was based on economics more than anything else. Every year hundreds of thousands of Japanese businessmen and tourists travel to Singapore, Macau, Hong Kong, Australia and other Pacific Rim nations to play at the local casinos. Not only are vast amounts of money being drained from Japan but Japan is missing out on significant potential tax revenues as well as the potential economic boost that casino tourism could bring to the country.

The new legislation addressesthese issues by bringing Japan into the casino market. It is envisioned that the Japanese casinos will provide gambling venues for Japanese citizens and simultaneously bring in tourists from other regions. One target country for such tourism is China which sends large numbers of tourists to Japan every year.

Now that the government has taken the major step of legalizing casino gambling in Japan, there are other pieces of legislation that must be passed in order to facilitate the development of the casino industry. The law, passed 2 weeks ago, sets a time limit of 1 year in which the government must move forward to prepare for the new casino industry. Some of these preparations involve: 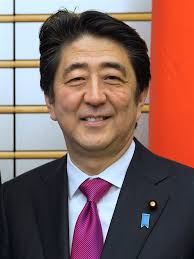 The first step that is needed to move Japanese legalizedcasinos ahead addresses the question of how to license and regulate the casino industry. The government must set up a gambling commission or corporation, similar to the provincial corporations that regulate gambling in Canada’s provinces, as the agency authorized to license and monitor casinos and oversee their activities. Such an agency will be charged with ensuring that casino visitors enjoy safe, secure and fair gaming practices.

At this point it is not clear whether the government or such a supervisory agency will make the decisions about where to build the casinos and how operators will be asked to submit their bids, how those bids will be judged and who will be responsible for making the decisions regarding the bids. Presently a number of local and foreign developers have expressed interest in opening casinos in Japan including MGM Resorts, Las Vegas Sands and Wynn Resorts. Most observers believe that the operators who have the best chances of winning these bids are those who collaborate with local developers.

The Japanese tax authorities are waiting in the wings in hope that they will benefit from profits on the new industry — both taxes on the businesses and taxes on casino winnings. At present people who win prizes through the lottery (takarakuji) in Japan do not pay taxes on their winnings, regardless of how much they win. That may change when the casinos are built and millions of dollars begin to change hands.
Together with the debate on taxing casino winnings will include the question on whether taxation on pachinko winnings and other current legal betting will change. Pachinko is a national pinball/slot-like game that is played at pachinko parlours. Organized crime is heavily involved with the pachinko parlours which concerns Japanese authorities. At present, in order to get around the country’s anti-gambling laws, pachinko winnings are paid out in balls and are then traded for prizes (keihin) at a shop that’s connected to the pachinko parlour. Players sell their keihin for cash and since the money is disbursed outside the pachinko hall, no gambling laws are broken. Other previously-legal and non-taxable betting activities in Japan include wagering on sports such as soccer, keiba (horse racing), powerboat racing, motorcycle racing and bicycle raging (keirin). Tickets for these events are available at kombini (convenience stores) or at ATMs.

The new gambling laws will most likely cover these activities as well. Since pachinko and sports gambling are betting activities that are geared towards the casual gamingin which Japanese citizens engage, whereas the casinos will focus on the tourist industry and luxury vacationers, the Japanese parliament must take the wishes of local Japanese voters into account.when drafting the laws.

Polls taken among Japanese citizens show that the majority of Japanese did not support the passage of the Casinos Bill and do not support casino gambling in Japan. One of the main reasons for this is their fears of the impact that the casinos could have on Japanese society.

In 2014 a study was commissioned by the Japanese Ministry of Health, Labor and Welfare that estimated that over five million people in Japan have a gambling addiction. This translates to 4.8% of the adult population, a significant number, especially considering that there are relatively few opportunities to play games for money in Japan.

The study found that the majority of gambling addicts were men and noted that Japan has a higher percentage of problem gamblers than other developed countries (as opposed to 0.9% in Canada, 1.24% in France, and 0.8% in South Korea.) The determination about problem gambling behaviors was made by identifying gamers who borrow money from friends or family for gambling or who argue with family members or friends about their gambling habits. 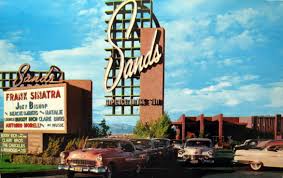 Considering the already-existing problem with gambling in Japan, lawmakers must be careful to structure the casino industry in such a way that it does not exacerbate the problem of gambling addictions and problem gambling behaviors in Japan. Some suggestions include obligating the casinos to place an identity-checking system at the casinos to restrict people who have previously been identified as problem gamblers. Other suggestions include providing more support to organizations such as Gamblers Anonymous and placing significant entrance fees on locals.

The December Casino law passed by the Japanese Diet gives Japanese lawmakers one year to consider these issues and propose further legislation that will facilitate the development of the industry in Japan. After that year the casino operators can begin to apply for licenses and start building. Observers estimate that, if everything moves ahead according to plan, Japan will see its first casinos within 5 years.