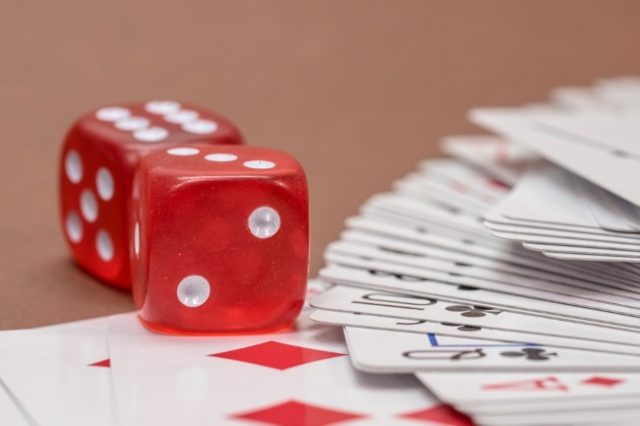 Archaeologists in the city of Pskov, located in north-western Russia, have discovered the remains of what appears to be an underground casino. The team, based at Pskov’s Archaeological Centre, believes the establishment dates back to the 17th century.

The main artefact that has been found is a wooden bench, patterned with unique carvings that are though to be the layout of a popular game called Alquerque, which bears some similarities to Checkers. The bench was discovered about 385 miles outside of the Russian capital of Moscow. While Alquerque probably originated in the Middle East, by the 17th century it was a mainstay in Russia and was as popular as Chess with the citizens of the time.

The objective is to eliminate all 12 of the opposing player’s pieces, and the carved bench was presumably used as the board on which the game took place. In 2018 chips for Alquerque were discovered in the region, bolstering the theory that the bench was used for the game.

Gambling was popular in Russia during the 1600s, but it was also outlawed and anyone caught doing it would be punished by flogging or cutting off their ears. Casinos went underground to allow people to still bet on and enjoy the games, but they had to be creative to keep their operations secret and help their patrons avoid cruel punishment.

The Alquerque bench would have been an excellent way to avoid detection, since a cloth could be placed over the carving to hide it if authorities raided a suspected casino. When the Soviet Union fell in 1991, casinos became a lot more open in Russia. However, as many players succumbed to gambling addiction, President Vladimir Putin was prompted to take action.

Commercial casinos were banned across the country in 2009, with the only exceptions being 4 very remote areas in Southern Russia, the Far East, Siberia and the Baltic Sea enclave. Over half a million jobs are believed to have been lost as a result of the ban, say workers’ unions, while the government steadfastly maintain that this figure was around 60,000.

Perhaps to avoid more underground betting, create new jobs and stimulate economic development, the strict ban appears to be lifting. In October 2019 Russian authorities approved a casino zone’s development in Crimea. The first casino in the area is set to open its doors in 2022.