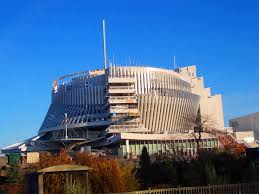 Last month the city council of Toronto demonstrated that, while the city is as divided as ever over the question of whether to bring a casino into its city center, it sees the expansion of the existing Woodbine facilities as a boost to the city, both culturally and economically.

The council has been debating the issue for years. Proponents have been pointing out that many Canadian cities have seen their coffers grow from the establishment of city casinos. However, Toronto, which has a well-deserved reputation as a highly traditional locale, has been slow to meet the demand for city gambling.

The vote over Woodbine, which was taken in July, was preceded by a massive public relations campaign which saw politicians, consultants, developers and even city staff meeting with local “town hall” type meetings to explain the pros and cons of the proposal. They presented financial estimates, crime statistics and health board reports in their efforts to draw support for their varied positions. But the most important message was that elected officials were determined to make a decision that was consistent with the wishes of their constituency.

Woodbine already functions as a racetrack and also includes gaming options. But by allowing Woodbine to expand in its northwest corner of the city, the issue became much more relevant to Toronto residents. Increased crime and problem gambling issues were the most frequently cited objections to the Woodbine expansion. Yet by allowing Woodbine to expand, the city gains in many ways. Mayor Tory estimates hundreds of “good-paying, union jobs” would be created by the a Woodbine expansion. And financial consultants believe that upwards of $100 million could be gained through licensing fees and other operating payments (though Ontario officials, who will collect the money directly from the casino, are less optimistic).

The Toronto Board of Health also weighed in on the discussion. The Board of Health sees the fallout of problem gambling and cited studies that show that addictive gamblers are more likely to feed their habit when there’s a venue nearby that offers convenient gaming options.

Yet when all was said and done, after years of discussions, debates, local meetings and media reports — not to mention a good bit of lobbying on the part of the casino — the final decision gave Woodbine the go-ahead to more forward in its plans for expansion.

The Toronto City Council, which had rejected the Woodbine expansion plan in 2013, voted 25-19 to allow Woodbine to expand their operations in Etobicoke. Mayor John Tory fully supported the vote. As part of the agreement, Woodbine is obligated to include an integrated entertainment complex into their plans for the project. Tory saw the vote as a way of bringing jobs to Northwest Toronto and, specifically, to the Rexdale area, where the recession hit hard and the area never fully recovered. In bringing more slots and table games to the facility, Tory said, he hopes that development in the area will be spurred.

The next step for the project is in the hands of the Ontario Lottery and Gaming Corporation which must now review proposals for contracts. This process may take several months. OLG is pleased with the vote. The OLG, which is Ontario’s authorised agent to facilitate lottery and gambling activities in the province, believes that the move will be a boost to hospitality and entertainment provides in Toronto.

Now that Woodbine, in the Rexdale area, has been given the go-ahead to expand its activities, the next casino-related issue to occupy city councillors will involve the question of whether to allow a downtown casino to be established.

Some of the biggest corporations in the casino industry, including the MGM Resorts International, Caesar’s Entertainment and the Las Vegas Sands have placed bids to be allowed to operate a casino in Toronto’s downtown area. Woodbine is also interested in expanding its Toronto operation to the downtown area.

Most observers believe that Ontario Place will be the downtown venue for any new Toronto casino. Exhibition Place, across the bridge from non-gambling attractions, would serve as a prize location for a casino venue. These corporations see Toronto as gambling's "biggest opportunity right now" and they are working feverishly to promote their interests.

Again, the public and city officials are divided over the question. In addition to the tradition pros and cons (increased tourism and more jobs versus traffic and problem gambling problems), some city officials want assurances that Ontario Place will continue to offer public access to the water and will continue to serve as an urban parkland.

Environmentalists are worried about the proposed "golden mile" of restaurants, casino-funded shops and entertainment venues which the casinos plan to build on Toronto's downtown waterfront.

The vote may come down to a staff report, expected to be completed this fall, in which the city will summarize potential benefits and costs of a downtown casino. The report will review the estimated impact on tourism, jobs, problem gambling, local businesses and crime.

If Exhibition Place is not approved as a downtown casino venue, other location venues may include Downsview Park, Metro Toronto Convention Centre, Port Lands or even a joint project in Rexdale with the Woodbine Casino.

The trade unions are some of the biggest supporters of a downtown Toronto casino. They represent more than 80,000 skilled workers in the Toronto area. They believe that the project could provide employment for up to 1,000 workers per year over the course of several years. The unions point out that a good percentage of local crime comes from unemployment — if more people were employed and saw a future for themselves and their families, they would be less likely to turn to criminal activity.

The vote is expected to take place shortly after the staff report is released. Toronto has a lot of information to consider as it moves ahead.