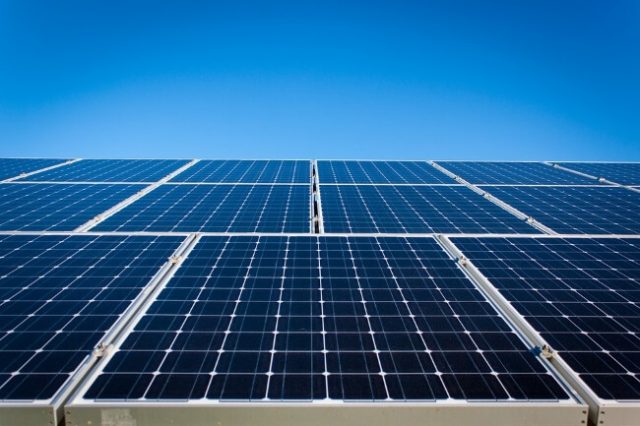 Northern California’s Blue Lake Rancheria Hotel & Casino has come up with a green-energy system so ingenious that it’s hard to believe that the venue has its prime focus on gambling and entertainment and not on the implementation of alternative sustainable energy solutions. Instead of being exclusively reliant on a typical electricity grid, the casino is fully able to function at 100% capacity thanks to its very own solar-powered microgrid.

In fact, the microgrid; a system that was developed by the casino with the help of scientists at the nearby Schatz Energy Research Centre as well as local utility providers PG&E; now offers new hope for the future of energy in the state as well as beyond its borders. And as is usually the case, necessity was the mother of this particular invention.

Here’s how it happened.

It Started In Japan

It all started with one of Japan’s most devastating earthquakes to date. In April of 2011, earthquake Fukushima ripped through the coast of Japan, and very soon, the force of its tremors caused a tsunami the likes of which the world had not seen in quite some time. The tidal disaster ended up spreading across the Pacific Ocean and ultimately caused approximately 3,000 coastal residents of Northern California to seek refuge on higher ground. The end-destination was the roughly 100 acres of tribal land known as Rancheria, California.

The massive migration served a crucial purpose at the time in that it opened the eyes of the Blue Lake Rancheria Hotel & Casino’s management regarding the real possibility of what it would be like to be completely cut off from the national electricity grid for weeks on end. The Rancheria is situated behind what is commonly referred to as the Redwood Curtain, and due to its extremely remote location, enjoyed limited access points to emergency and other necessary services like electricity and roads.

Tsunamis, Californian wildfires, earthquakes; these are all regular occurrences in the state; occurrences that when not managed pre-emptively, can effectively mean the end of Rancheria’s means to provide a home to its inhabitants.

Not Cheap – But So Worth It

Tesla battery power; a system that relies on solar rays; proved to be the ideal solution for the casino. The system effectively powers all of six buildings. The buildings are home to a 55,000 feet casino and a total of 102 fully functional hotel rooms.

Make no mistake; leaving the grid was no cheap or easy endeavour. To date, the casino has spent in excess of $6.3 million on the project so far.

But has it been worth it? A million times yes, says the Blue Lake Rancheria Hotel & Casino.

Feel the power of the best casino games online. PLAY to WIN at your leisure.