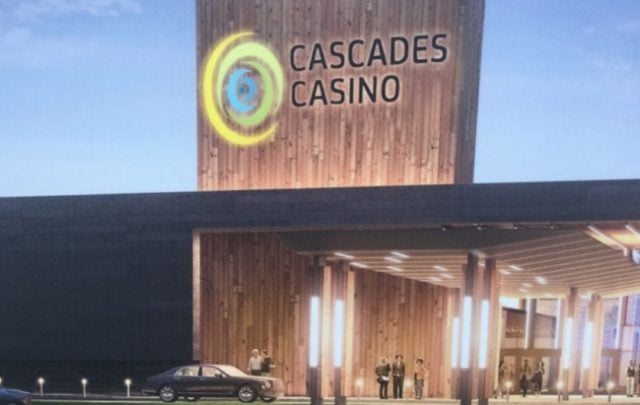 If ever there was a royal casino cash fest on the go then that festival went down on August 8th, the day that marked the official ribbon cutting and opening of Gateway Casinos & Entertainment’s new Cascades Casino Chatham. The $36 million development is expected to do much in the way of serving the local community, with regular contributions to the city’s coffers now being at the order of the day.

July 16th offered a first glimpse in what was to come, as well having created the opportunity for management to iron out the kinks and do the final checks. But once the soft opening was declared done and dusted, it was time to prepare for the official August 8 grand opening. And what a grand opening it turned out to be.

Opening day saw the who’s who come out to attend and to play, including Chatham-Kent Mayor Darrin Canniff, Chatham-Kent-Leamington MPP Rick Nicholls and also the Chief Operations Officer for the Ontario Lottery and Gaming Corporation (OLG), Lori Sullivan.

To make the event even more special, Sullivan presented Mayor Darrin Canniff with a cheque for a stellar CA$884,639; allocations that had been generated by Gateway’s Casino Dresden during the 2019 financial year, so far. The Dresden venue closed down mid-July, and most of its former employees were successfully relocated to the new Cascades Casino Chatham.

No End To The Festivities

But the celebrations spanned a couple of days following the August 8 grand opening. August 9 saw a slew of celebrities the likes of Calgary’s T.J. Brodie and Canadien Max Domi join in on the festivities for a special meet and greet event at the on-site Match Eatery.

But perhaps even more exciting and worthy of mention is the fact that the sales of a selection of food items and beverages will be for the benefit of the Chatham-Kent Hospice Foundation. All sales on the allocated food and drink items up to and including September 6 will be donated to the foundation and will without a doubt be put to very good use indeed.

Cascades Casino Chatham offers new hope to the community of Chatham-Kent and its rather symbolic then that the venue was built from foundation up. The casino offers to its patrons a selection of 300 slots and 10 games tables, as well as two popular restaurant chains to ensure that players and visitors are fed and satisfied.

Enjoy THE best casino games online. Play to WIN at your leisure!