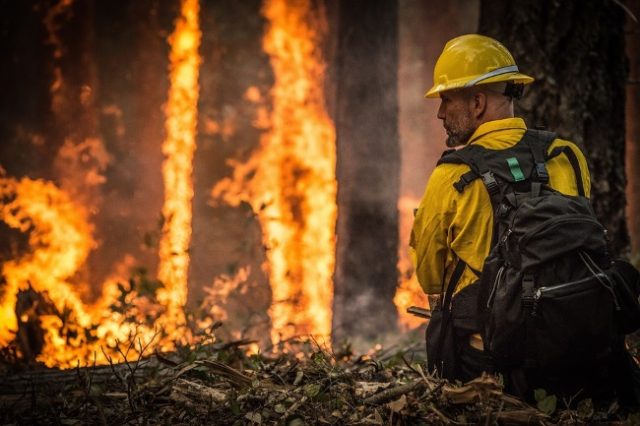 Aussie billionaire, Crown Resorts casino mogul and well-known businessman James Packer and his family have donated some $2.75 million in the hopes of supporting fire fighters currently attempting to stop the monstrous bushfires consuming the Australian continent. Australia is currently facing not only the possible loss of human life, but the fires have unleashed a tragic wildlife crisis on the continent as animals continue to flee for their lives in the wake of the scorching heat and smoke.

This isn’t the first donation to this particular cause involving Packer. He in November of last year donated some $690,000 from his own personal pocket towards the good work performed by the New South Wales Rural Fire Service. The latest donation was made jointly by Packer and members of his family.

Packer Wants To “Do His Bit”

Packer issued a statement regarding the latest massive donation and said that he had been moved to do more after having witnessed footage of the the horrifying loss of life all over the continent. He stated that increasing the initial donation was his attempt at “doing his bit” to relieve the widespread suffering.

Among the recipients of those earmarked to be aided by the donations made by Packer, his family, and so many others, are those fighting tirelessly trying to save human as well as animal life, namely the Western Australia Bush Fire Brigade and also the Victorian Country Fire Fighting Authority. The Crown Casino in Melbourne furthermore made available some 200 of its hotel rooms to evacuees who had no other option but to flee from the region of Mallacoota for fear of their lives being threated by the fires.

The Bad Is Shadowing The Good

Whatever Packer’s true intentions behind the donations, these were and are being made during a less-than-ideal time in terms of imminent investigations into the financial affairs of the Crown Resorts Foundation, following allegations of big-scale money laundering, human- as well as drug trafficking within the ranks of the organisation.

Questions are furthermore being asked concerning whether or not the Crown Resorts Foundation is in actual fact fit to hold a Barangaroo gambling licence issued by the New South Wales (NSW) Independent Liquor and Gaming Authority. The organisation’s suitability is being drawn into question as a direct result of Packer having previously agreed to sell off 20% of the shares the foundation to Melco Resorts & Entertainment Limited. Melco is incidentally owned by the infamous Hong Kong gambling mogul Lawrence Ho.