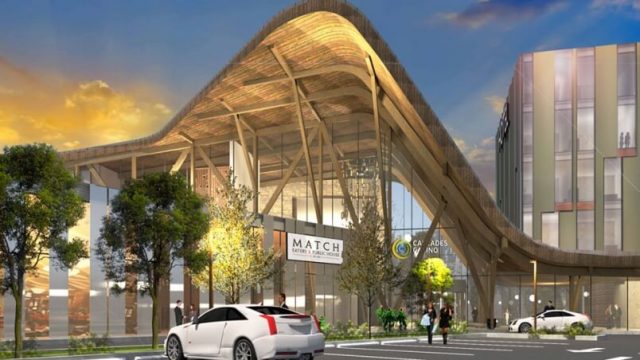 It’s the beginning of a brand-new era for the community of Delta. After months of preparation and navigating kilometres of red tape, Delta finally cleared the final hurdle when the demolition of the Delta Town and Country Inn finally commenced. The site of the former inn will become the construction site of the new Gateway Casinos and Entertainment-owned Cascades Casino Delta.

Commencing with demolition is a pivotal marker in the new construction process and months’ worth of hard work had gone into finally obtaining the necessary approvals from the Delta City Council, the BCLC and the Minister of Transportation and Infrastructure. Neighbouring Richmond had in the past been linked to major money laundering operations and scandals, and the BCLC, currently caught dead-centre in British Columbia’s bitter money laundering spats, would have been quick to grab at the opportunity of saving just a little bit of face by supporting the new development, especially since its being developed from the get-go as a cashless casino venue.

Open For Business As Early As 2020

The Ministry of Transportation, on its part, has made a number of comments about the new development, which comments relate specifically to the building site and the exact avenues of access to the site by the builders and construction workers. In-roads and points of access will be optimised weeks ahead of the first foundation being dug on the site.

In the event that everything goes to plan and the proposed schedule is adhered to properly, the new Cascades Casino Delta will welcome its very first patrons as early as next year (2020). It’s an exciting prospect indeed, and one that the local community has been looking forward to for quite some time now.

No More Fears About Location

Not only will the project create thousands of new jobs leading up to the grand opening, but the casino will also employ many locals once its operations are in full swing. Moreover, all casino businesses are obligated to push a portion of their profits back into the community. This alone is expected to provide a very necessary cash-injection for the city.

Locals were initially very concerned about the exact location of the new casino development and there were definite fears that the community would have to share its new source of income with neighbouring towns. The new site is however smack-bang in the centre of the Delta municipality and these fears could eventually be laid to rest on Friday.

Looking for big JACKPOTS and the best games? Canada’s online casinos are ready for you!