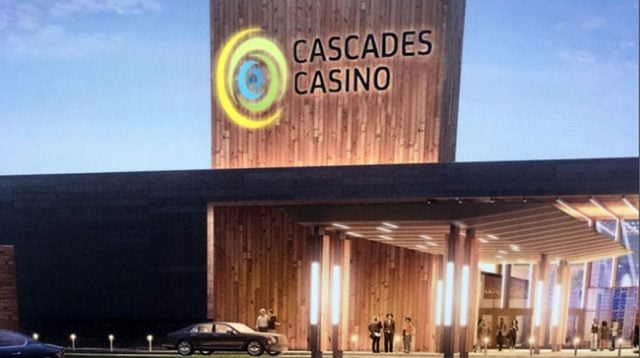 Chatham’s newest casino project could be ready to welcome its first players in time for Canada Day this year. According to the most recent updates from Gateway, the operator of the venture, the property could be up and running by as early as July 1.

Construction of the new entertainment resort kicked off in July 2018, and ever since, it has been making rapid progress. Construction experts have been aiming to complete building in under 12 months, and council members have even been invited on an exclusive on-site tour to highlight the current progress rate.

This summer will come as a highly anticipated season for the Chatham-Kent community, who may see the launch of the operation of a brand new, premium casino run and managed by Gateway. Cascades Casino Chatham is set to cost a total of $36 million to build, which is in turn expected to bring a boom of interest into the area. Since the groundbreaking ceremony was held last July, work at Richmond Street has been moving steadily to exceed previous deadlines by miles.

Project is Ahead of Schedule

President and CEO of Gateway Tony Santo arrived in the Canadian town to give a presentation on the project at hand. He highlighted the fact that the venture is ahead of schedule, which comes as the direct result of great communication between the operator and members of the local municipality. Just three months before ground was broken, Santo and Mayor Darrin Canniff revealed that the dream property would soon become a reality.

Santo pointed out during his presentation that since the beginning stages of the project, it was clear that there would be an “efficient collaboration” between these stages and the results that are now being witnessed. Until now, the project has been shrouded in mystery, as only developers and the construction team have been able to see what the finished venue will look like. However, as mentioned above, a special tour was held this week for the operator to showcase what its team has been able to accomplish.

The past week has brought a schedule filled with adding finishing touches to the building’s exterior, and ensuring that it aligns with the prevailing Cascades theme and that of Chatham’s architecture as well. BLT Construction Services is the company currently working on the project, and Project Manager Robert Principe says that the next month of the final construction stage should be commencing soon, and will hopefully end in time for a Canada Day launch instead of on August 15.

Operation of the casino will create up to 200 full time jobs, as well as a premium local entertainment offering for Chatham residents and visitors alike.  Workers at Gateway Casinos Dresden (around 32 km away) will also be given the option to relocate to the new facility, which will boast an impressive 45,280 square feet of gaming space, 333 slots, and 12 game tables.

Get ready for the gaming experience of a lifetime!
Sign up at Canada’s best casinos ONLINE.