Local Canadian pharmaceutical company Easton Pharmaceuticals Inc. revealed last week that it has officially submitted a Letter of Intent to become part of a project for the development of a European hotel and casino resort.

Thus far, the property’s future location and any other details about it have remained a mystery, although more information is expected to surface over the next few months once the plan’s negotiations have been finalized. The Canadian company will reportedly pair up with the American gaming arm of a local investment company, which will be spearheading the resort project.

In a recent press release, Easton revealed that the integrated resort will boast a gaming floor with 1,000 slot machines, 50 gaming tables, and a salon prive. The establishment is also set to offer a hotel with 538 rooms and exclusive VIP suites, retail options, a spa and wellness centre, an expo facility, dining options, and an expansive parking garage. The property is also set to target high-end clients thanks to its planned ‘idyllic river’ setting.

Firm In Talks for Greek Property

The integrated resort is expected by its proprietors to bring in yearly revenues of more than €77 million when it opens. According to Easton Pharmaceuticals’ CEO Evan Karras, his company is anticipating the casino to be one of the most ‘prominent of its kind’ once fully operational. He also noted that his firm’s participation in the project is part and parcel of its goal to expand its presence within the international gambling market. The deal is aimed to generate both value and growth for the company and its shareholders, according to the Canadian CEO.

This project is the second of its kind to have attracted interest from Easton over the past few weeks. Early in August, the drug company confirmed that it had entered into talks with various parties over the partial or full purchase of an already-operational casino resort in Greece. 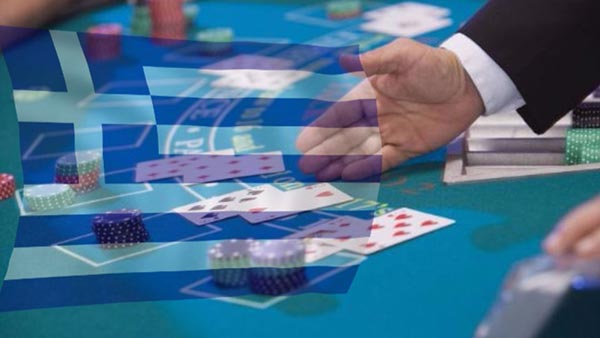 According to one of the company’s other recent press releases, the Greek property offers a casino with more than 1,000 slot machines, a VIP area, 87 gaming tables, 255 hotel rooms and 20 VIP suites. Additionally, it also contains no less than eight restaurants, a spa and convention facilities, as well as boasting its very own private beach. The resort is one of just nine legal casinos in the Mediterranean country.

Karras was involved in the privatisation of Greece’s gambling sector in the 1990s, and, as noted in the press release, has many strong business relationships with local industry representatives. The businessman also has experience in the operation of similar properties to the one his firm has expressed interest in purchasing.

Easton Pharmaceuticals has not offered any further details about this property due to the confidentiality of ongoing negotiations and talks surrounding the deal. However, the firm is due to release more statements on the purchase over the next few months as soon as the relevant discussions have been completed.

Need fun and excitement.
Visit Fun Casino for entertainment that is out of this world.