Canadian Casino Gambling â€“ What Taxes Are you Obligated to Pay 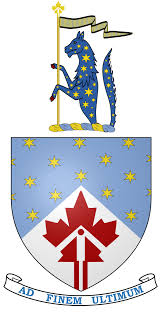 When you gamble at a land-based or online casino in Canada, did you ever check to see whether your gambling winnings were considered a “Prize” under the Income Tax Act?

If you haven’t, you should. Canadian tax law doesn’t treat income from gambling as taxable income but it doesn’t allow deductions for gambling activities.

Statistics Canada reports that in 2010, government-run gambling activities generated $13.7 billion dollars in net revenue. This rendered gambling the largest entertainment industry in Canada. For this reason, taxpayers should understand how gambling income and losses are taxed, according to Canadian law under the Income Tax Act of Canada.

Are gambling winnings considered to be a "prize" under theIncome Tax Act? Canadian tax law states that money received as a “prize for achievement in a field of endeavour ordinarily carried on by the taxpayer" is taxable while "windfalls" — occasional lotteries and sweepstakes — arenottaxable. Also exempt from taxation are "prescribed prizes" which are awarded for meritorious achievement in the arts, sciences or public service. So, for example, income from a Nobel or literary prize would not be taxed but income from Olympic athletic competitions are taxable.

Canadians who gamble could have their winnings taxable as "prizes" or, more likely, as income frombusiness. As of yet, however, no judicial decisions have confirmed that. The Tax Act states that taxable income encompasses total income from office, employment, business and property. Therefore, while notions of employment, office and property do not seem to apply to gambling activities,business — defined as "a profession, trade, manufacture, calling or undertaking of any kind whatever may be included in this definition.

When gambling is a “business”, the player’s" income (and loss) for a taxation year from a business â€¦ is the taxpayer's profit (and loss) from that business â€¦ for the year." The definition of a business is quite broad, so what is the basis for determining when a gambling activity is, under the tax law, a business?

Reasonable Expectation of Profit or Pursuit of Profit?

To answer the question of how to determine when a gambling activity is a business, the Supreme Court of Canada ruled that the question would be narrowed down to reasonable expectation of profit or pursuit of profit to determine whether a taxpayer could deduct losses from business. Much can be learned by the cases that followed.

The first case to test this rule was the Stewart case which revolved around an experienced real estate investor, Brian Stewart, who borrowed large sums of money to purchase four condominium units as rental properties. Owing to unfavourable economic circumstances his rental income was less than had been projected. Stewart claimed losses of $27,814, $18,673, and $12,306 which represented significant interest expenses on his loans. The Canada Revenue Agency used the REOP test to disallow his claims and the court concluded that Stewart's flawed investment model did not have a reasonable chance of earning a profit.

Application of the Pursuit of Profit Test to Gaming

When is gambling undertaken as a personal endeavor and when is it a pursuit of profit? There is a personal entertainment return on gambling which may outweigh realistic expectations of winning, but thrills and pleasure are sought in business too.

In 2006 the Leblancbrothers won on sports lotteries in Ontario and Quebec. The brothers wagered millions every year, developed a computer program to analyse wagers and negotiated a 2-3% discount from ticket retailers. The Canada Revenue Agency treated the Leblanc brothers’ gambling operation as a business because it was managed and organized with the object of realizing a profit. However, theTax Court determined that certain types of gambling can in some circumstances be a business and treated these gambling activities as a personal endeavor.

In 2011, Stephen Cohen claimed that he was engaged in the full-time business of poker playing and wanted to claim his losses. He had spent more than 2,500 hours playing games and frequently entered tournaments. He also studied the game through books and seminars. The Tax Court judge denied Cohen his deduction because, they felt, there was an element of personal consumption to the gambling.

In 2012, inTarascio v. Canada, Guiseppe Tarascio claimed that income his gambling income generated net business losses of $40,950 and $56,000. The tax court disallowed those deductions because, they said, Tarascio’s gambling did not constitute a business.

There is no predictable framework for analysing the taxability of gambling wins and losses in the context of a business under Canadian tax law. Since the "pursuit of profit test" was not developed with gambling businesses in mind, it is applied inconsistently. In general, it is not possible to deduct gambling losses in Canada.

It may be that, if and when the Canada Revenue Agency decides to tax significant gambling winnings, it will interpret net winnings asincome from a business.In the meantime, the Revenue Agency will continue to deny the deduction of significant, documented gambling losses,

Today, gambling winnings and losses in Canada are unlikely to be labeled by the tax authorities and courts as income, prizes or loss frombusiness. Consequently, they are neither deductible nor taxable. This is good news for gamblers.

Want to hit the jackpot too? Play slots ONLINE today!