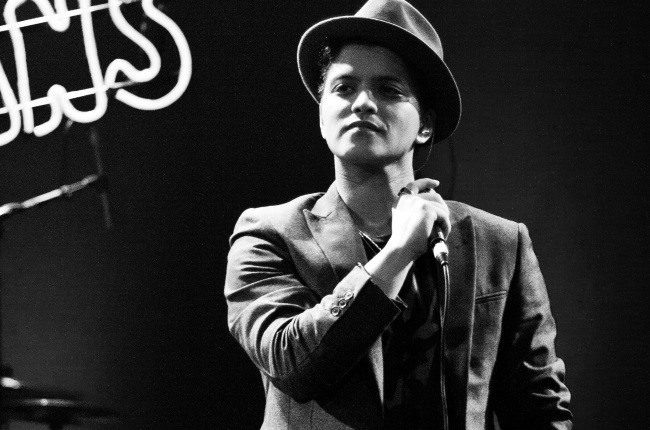 Pop star Bruno Mars has donated $1 million to be divided between the MGM Employee Emergency Grant Fund and the Children’s Medical Support Fund. The money was pledged to the MGM Resorts Foundation, which foundation is in charge of the two charitable divisions. Mars has said via his representative that he desired to support employees now facing lay-offs and a general loss of income because of the coronavirus pandemic, as these were the same employees who had made it possible for him to host his shows as part of a multi-year residency at the MGM Park Theater in Las Vegas.

Mars first started performing at the Vegas venue back in March of 2019. He at the time performed roughly a dozen concerts at the venue. Then later on in November, the singer/songwriter booked another schedule of concert which were supposed to have been performed during the months of March and April this year. These concerts have however all been postponed until at least after May 10, by which time casinos in Las Vegas hope to be in a position to reopen their doors for business.

The casino group furthermore donated a whopping 480,000 pounds of food to local Las Vegas food banks – food it is now unable to sell at its properties during this time. This amount of food translates to roughly 400,000 meals.

All MGM-operated casinos have been closed for going on 2 weeks now. The operator made the final call to temporary closure on March 17. Las Vegas Governor on March 18 followed with a state-wide shut-down order imposed on all casino operators. All commercial casinos in the U.S. have since been temporarily shut down.

That it’s a financially trying time for casino operators is to be expected and MGM isn’t at all exempt from shutdown-related difficulties. In fact, MGM recently reported having been exceptionally hard hit by the downtime, with the group estimating its current losses as crippling, to say the least. Stocks too, are trading at an all-time low across the board. MGM has witnessed a massive slump in value, having witnessed a drop of at least $7 per share since the beginning of March.

Be a STAR! Hit the jackpot at Canada’s TOP online casinos TODAY!