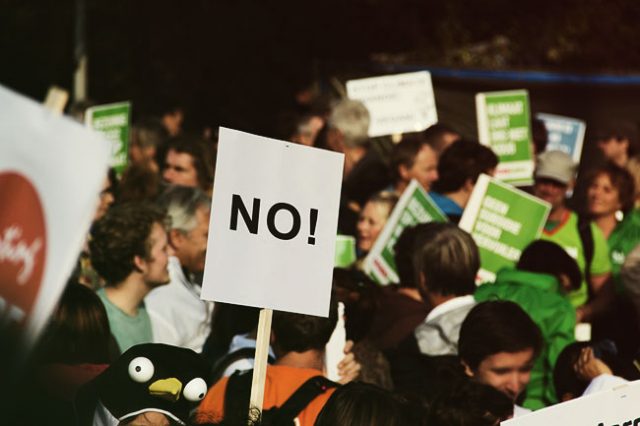 A new casino resort facility has been proposed for the vacant Bristol Mall in the city of Bristol, Virginia. However, while town officials are strongly in favor, residents have been vehemently opposed to the new development.

A Difference of Opinion

Community members have said that they do not want the resort, citing fears of possible negative effects including an increase in mental health issues and a rise in local poverty rates. On Sunday, October 21, a group of more than 1000 people publicly protested the proposal.

Many religious people currently live in the area, and over 40 local pastors attended the rally. One of the major bones of contention was the location of the venue; sitting in the high-traffic Gate City Highway as it does means it is very easily accessible. This could prove too tempting for those at risk for or already suffering from mental health disorders, the community seems to eel.

For their part, the lawmakers of the Virginia City Council voted in favor of the mall makeover. While it may cause more individuals poverty, it is also predicated to generate major profits for the city. And since it is currently in debt to the tune of US$125 million, this is a top priority for officials.

Just a day after the rally in Bristol, an expert on gambling addiction weighed in. Dr Meredith Ginley, an assistant professor of psychology at East Tennessee, has been studying problem behavior in this area for nearly ten years.

Having worked with patients suffering from mental health problems including gambling addiction, Dr Grimley has found that this kind of compulsive behavior is equivalent to other addictions. In an interview with WJHL.com, she said that the relationship between closer proximity to a casino and increased problem gambling rates in known, but it is not clearly understood.

Research has so far been inconclusive, Dr Ginley explained, and much more was needed. She went on to say that if local lawmakers are going to support the casino resort expansion, they should also channel more funds towards such studies, as well as towards addiction treatment centers.

If equal attention is given to both projects, perhaps a middle ground that looks after the needs of vulnerable community members and allows for economic stimulation in the city can be reached. For now, everything is undecided and the issue is to be taken into consideration during the Virginia General Assembly’s next legislative session.

Ready to play? Sign up at a leading online casino and get winning.