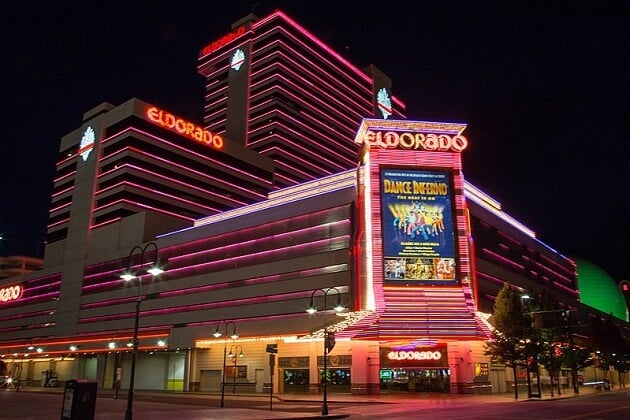 Big gaming brand Boyd Gaming Corporation has inked a deal that will see it divest itself of Clark County gaming landmark Eldorado Casino. Reportedly set to acquire Eldorado is local gaming entity DeSimone Gaming Inc. The actual purchase price has not yet been disclosed.

The venue, which is located in Henderson, Clark County, first opened its doors to the public in 1962. It includes a sportsbook, three retail food outlets, and a 17,756 square feet gaming floor. The venue, which up until its shuttering in March offered only slots, is expected to only re-open once new ownership has been established.

Boyd has in the meantime reportedly explained the decision to sell as that of the business having constituted a “non-core” asset and a modest part of its bigger commercial gaming portfolio.

Southern Nevada’s Eldorado Casino is one of the few gaming establishments to not have re-opened following Governor Steve Sisolak’s June 4 concession issued to gaming venues and casinos. However, according to information passed on to investors by Boyd Gaming CEO Keith Smith in October, Boyd was at the time considering re-opening its nearby Eastside Cannery Casino Hotel as well as its Main Street Station Casino, Brewery Hotel – but that such re-openings would depend on how the overall business performed and flowed.

Local gaming and hospitality consultant Josh Swissman of The Strategy Organisation has reportedly told a local newspaper that the Eldorado Casino has long been considered an oddity within the context of Boyd Gaming Corp.’s 28 gaming facilities located across 10 U.S. states. This, said Swissman, was probably due to Eldorado’s comparatively smaller size and selection of features and gaming amenities. Unlike the remainder of the gaming giant’s facilities, Eldorado Casino isn’t a “full-service” gaming establishment, Swissman reportedly said.

Eldorado Casino Has Its Place

DeSimone’s interest in the venue – despite its limitations – will probably remain focused on the gaming industry, commented Global Market Advisors director Brendan Bussmann on the deal.

According to Bussmann, the likeliest scenario will be DeSimone Gaming undertaking a complete redevelopment of the casino in order to boost brand-collaboration with its Railroad Pass Hotel and Casino, which is located nearby.

Bussmann reportedly also said that he believed the Henderson area to be ideal for developing a niche gaming market – and especially so the particular portion of Henderson Eldorado Casino happens to be situated in. The industry considers it good news that a business with local interest is about to assume ownership of the Eldorado, Bussmann was quoted as having said.

Get the THRILL of Vegas online. Play at a TOP Canadian casino!