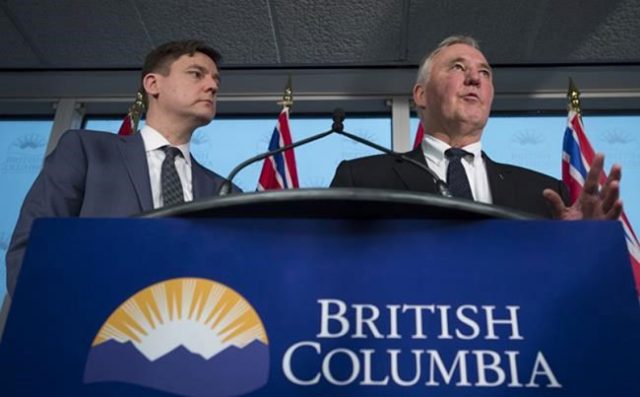 BC attorney general David Eby has expressed cautious optimism about improvements in cooperation with the local federal government on his province’s money laundering problem after a meeting held on Tuesday morning.

Bill Blair, the minister of border security and organized crime reduction, has stated to reporters that he is totally committed to improving Canada’s AML (anti-money laundering) policies. He is also determined to work with his provincial counterparts to solve the growing problem after his meeting with Eby in Vancouver.

According to Blair, BC government officials have a ‘shared responsibility’ to work together and make a difference in the face of criminal activity. He is adamant that the state needs to form a united front in order to effectively combat the money laundering in British Columbia, which was recently valued at a shocking estimate of $2 billion per annum.

BC Laundering Grows to $2bn a Year

During a recent joint news conference, David Eby noted that he appreciated the federal government’s commitment to the matter. However, once Blair had left the room, the attorney general pointed out that he has raised the topic with numerous federal ministers in the past, only to be met with similar concerns about the extent of the province’s laundering problem.

Now, Eby says, his administration will find out if there is a gap present between the government’s words of concern and its concrete actions. However, he also added that he is feeling increasingly more positive about the situation as more and more evidence about it comes to light.

The Time for Action is Now

Blair’s promises of cooperation were spoken just days after it was confirmed that a prior RCMP intelligence report on British Columbian money laundering had not been shared fully with the province. With that said, Eby has revealed that the RCMP have since reached out to the head of BC’s independent ML review, Peter German, in order to open up as many lines of communication as possible.

Commenting further, Eby has noted that there was little no no sharing of information happening between German and the RCMP. He does not know why the lack of communication was so pervasive, but has called it unacceptable all the same.

The Tuesday meeting came after Eby significantly increased his estimates of how much dirty cash has flowed through BC over the past few years. He now believes that as much as $2 billion moved through provincial casinos and real estate markets in the space of a year – and the RCMP report backs up his estimations.

The money in question is allegedly the proceeds of illegal drug trade and other criminal activities. Now, financial crime expert Garry Clement says that talk is cheap, and that the time for action is extremely overdue. He and many others wish to see a more coordinated policing approach to deal with laundering by international crime rings.

Try out Canada’s TRUSTED casinos online!
Play your favorite games with the best of the best.